Ah, New York! What a great weekend I had!

Thanks to the end of the term, I had a three-day weekend. Naturally, my first question was "Where should I go?" Not to hard to decide when I heard the Met was doing Madame Butterfly.

So, Thursday night I flew to Newark. The next morning, I went to my Shakespearean friend Sharon's school. We met up to do lunch, catch up, and for me to see where she works. It was rather fascinating! She teaches at a high school that's a product of NY's small school movement. 330 students, grades 9-12. There are actually three different high schools all taught in the same building (they share a cafeteria, gym, and auditorium). The students were noisy - much more talkative than mine (and that's saying a lot), but really polite. Sharon took me on a tour, we dropped in on three different classes, and I got to watch her teach her last class. Most excellent.

After school, we rode the subway downtown. After bidding Sharon goodbye at her stop, I continued on to Jason's dorm. There I ooh-ed and ah-ed over his new dorm room (15th floor, perfect view!), we swapped birthday presents (his gift to me will be evident in a soon-to-exist post), and headed out to dinner. 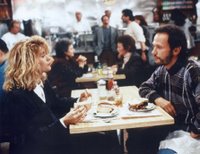 We dined at Katz's diner (of "Harry and Sally" fame) - I had corned beef and Jason had pastrami. Fun! Afterwards, we caught a cab uptown to see "Mary Poppins" in previews. The show was... okay. I just don't understand why they're picking the best shows to recreate. There's no way someone could top Julie Andrews as Mary, and I was disappointed in the lead actress. The fellow playing Bert did well enough, but the Disney was just too strong for my taste (right down to a giant

umbrella for the final pose - yuck). The set was nicely designed, especially the minimalist kite-flying scene. The lights were good, too. We had box seats, so I spent the scenes that took place stage right watching the audience and the 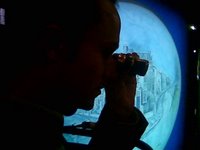 light instruments rather than the blocked stage. I actually enjoyed that more than the play at times. And, to no surprise but a fun realization, moving gobos were completely replaced by video projection. Very cool shadowy flocks of birds flew by outside St. Paul's, and they actually animated the rain to look like the drawn rain in the older Disney movies.

Saturday needed to be a study day for Jason, so I got to spend the day reading in the NY Public Library. After a breakfast of 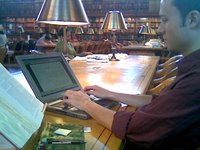 hot chocolate and pain au chocolat at a Belgian chain patisserie (perfect for a cold morning), we made our way to one of the grand reading rooms. With Jason typing and highlighting away next to me, I plugged in my iPod and wrote and read to my heart's content. We broke for lunch at a burrito place across the street, then returned for more. My students don't seem to believe me when I said I was terribly happy to do just that for a Saturday in New York.

At about 4, we packed up and took the subway back to Jason's dorm to change for the opera. I wore my new outfit, complete with uncomfortable-but-cute shoes, and we went to BLT Fish for dinner. I had lobster bisque, halibut with crab, mashed potatoes, and an arugala salad - yum! Then the metro uptown to Lincoln Center to see "Butterfly"!

The production was just lovely. Simple, yet lovely. From the thousands of cherry blossom petals dropped on the couple at the end of Act I, to the yards and yards of red fabric in the death scene, to the puppets. Strong lights, masses of fabric, puppets - be still my directing heart! The boy puppet was indeed remarkably expressive, just as the reviews promised. I loved, too, how the puppet device echoed Butterfly's own false marriage. Such love, such devotion, to something unreal. Oh yeah, and then there was the music. I was particularly struck by the female chorus. I had forgotten that the "Humming Chorus" was from this opera, and the setting for the song just heightened it's poignancy.

After the show, we found dessert at a bakery close to Jason's dorm, and then turned in for the night. As we were falling asleep, Jason commented on how bright the moon was. Then we realized that the bright light wasn't coming from the right direction. It turned out there was a movie being filmed on a rooftop nearby. We opened the window and hung out it watching them film until we were frozen, then back under our respective covers to talk ourselves to sleep.

Sunday we walked to church, then walked around a bit more since we were so early. 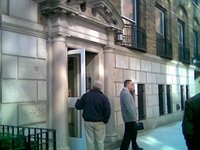 Lunch was at the favorite Grey Dog's Cafe in the Village (I had a turkey, brie, and green apple sandwich - mmm), then I toted my suitcase back to Newark to head home once more.

A week of teaching, then Vegas baby! I should be blogging again soon. Rachel pointed out my lack of entries on my shows, and that's certainly not for lack of material. So, I shall update you on Shakespeare and other things theatrical shortly. For now, thanks for reading a long post and see "Butterfly" if you can!
at 7:39 PM