The crowds at DIA were just as eager as I was to head to London.  It reminded me of the immigration lines ("lines") in Beijing, except with more politeness and with charming accents. 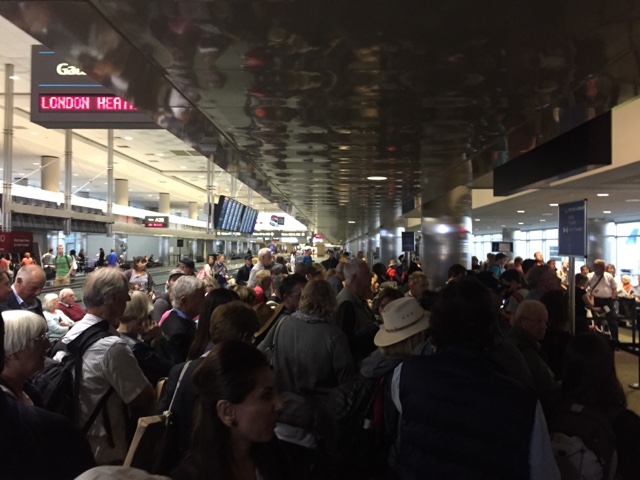 The flight was pretty easy.  I quickly discovered that one of the perks of traveling alone is that if one needs to spend 20 minutes or so in a restroom vomiting, one can do so without worrying about inconveniencing one's companions.  Was it a mysteriously strong bout of motion sickness?  Mild food poisoning?  A last hurrah from last week's stomach flu?  It's a mystery.

Stomach emptied and luggage obtained, I hopped on the metro and found the AirBnB apartment where I am renting a room.  It's a little dingier than some of the other rental possibilities I found: 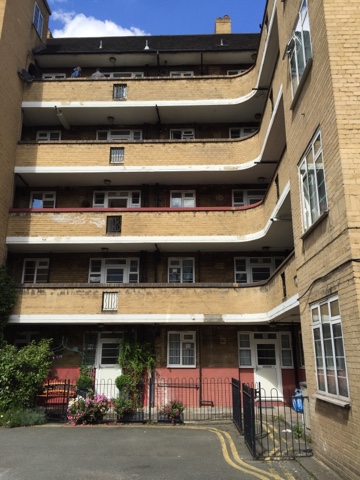 but the location can't be beat: 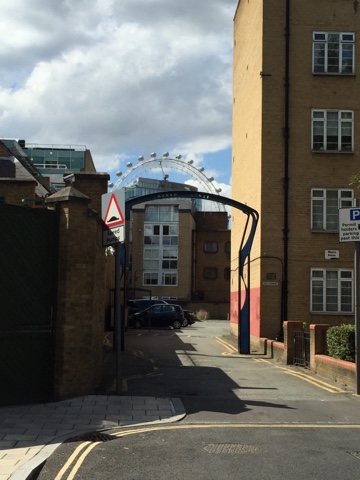 Two minutes from a metro stop, less than ten to the London Eye.  After the owner, Pepe, gave me a quick tour of the place, I headed out to find some dinner (lunch? breakfast?) and finds things to keep me awake for six or seven hours.

A quick metro ride later and I was in Trafalger Square: 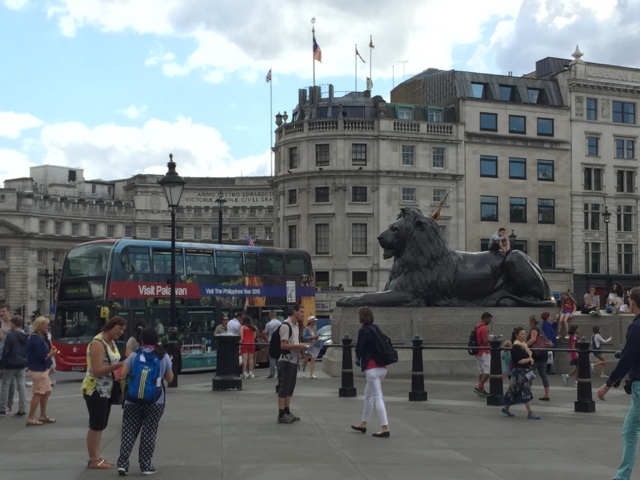 I decided the National Portrait Gallery would fit the bill nicely: 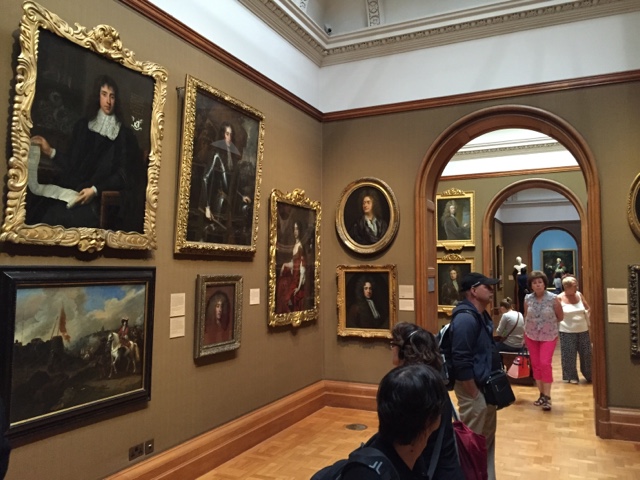 It was fun to run into so many old friends here, such as this wall of Romantic writers: 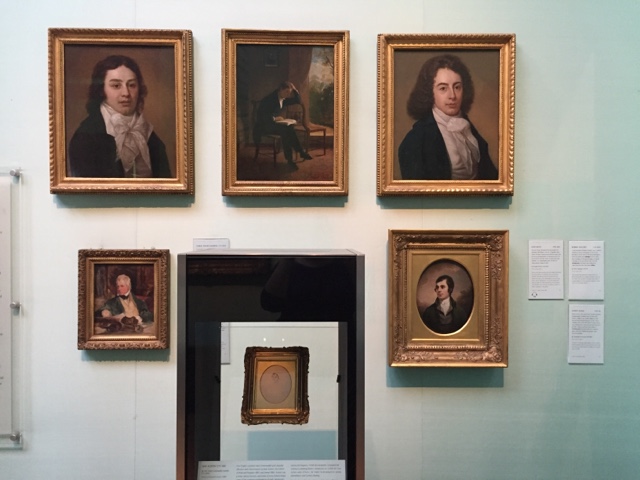 and I'm a fan of the portraits that give you a real sense of the subject: 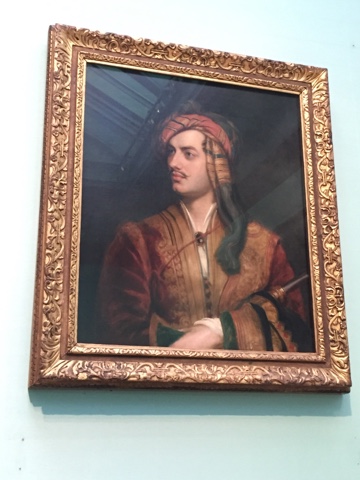 According to the placard, "The poet Byron was famous for his swaggering good looks and his brilliant, reckless personality.... Supremely conscious of his oublic image, Byron was determined to appear exotic and adventurous.  Accordingly, Phillips shows him in the costume he obtained while traveling in Albania in 1809."

How could you not like a guy with that kind of legacy?

My favorite portraits were in the contemporary section, but photography was not allowed and my stamina was beginning to flag.  I headed north in search of food and a bookstore (not necessarily in that order).  I ran into a TKTS booth and decided on a whim that I was awake enough for a show.  A program on the plane talked about a play with "imaginative setting," which piqued my interest.  At the booth I discovered that it is a children's play.  I was fairly certain that would mean a) it will not be too complicated and b) it will be relatively short.  When I found out the ticket was 60% off, I went for it.  That's how I wound up seeing: 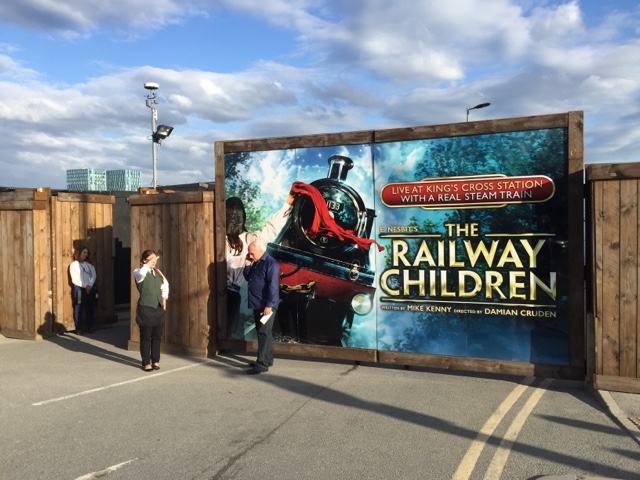 "The Railway Children" at the Kings Cross Theater.  The setting was indeed well done, as evidenced by the lobby: 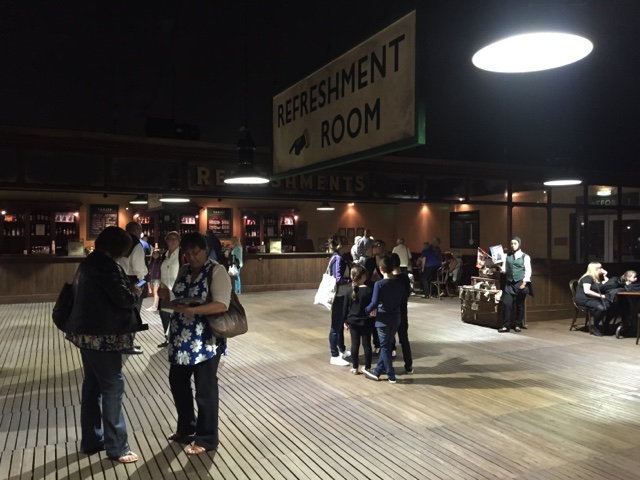 The script was not great, but the production was fine.  The stage was set up stadium-style with the audience facing each other on two sides.  Wooden platforms ran along both sides with a gap inbetween that could be the train tracks or, with the addition of three sliding platforms that fit beautifully between the sides, could also be various rooms.  The best moment was when they pulled scrim curtains across both sides of the tracks to simulate a train tunnel - simple and effective.  I was more impressed with that choice than when they brought a real steam engine into the theater.  Twice.

The show ended just before 10, and it was light enough outside still to merit a photo: 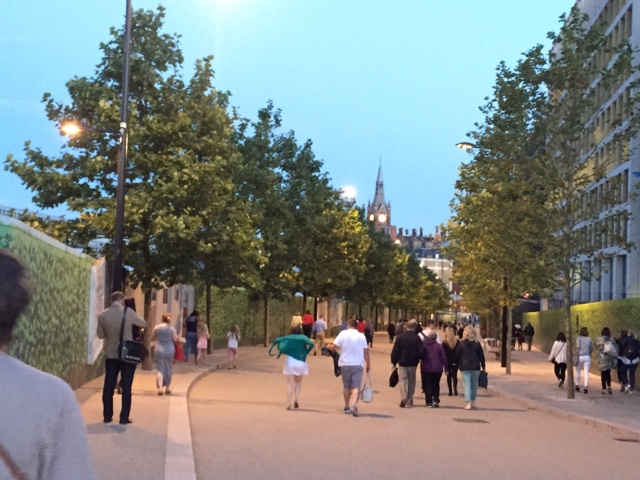 I headed back to the apartment, discovered that my shampoo bottle cracked open on the journey, and took a melatonin to wrench myself onto a proper sleep schedule.