Tuesday - The Weston Library, The Sheldonian, and King Lear

Alas, my seminar is over.  Despite a good itinerary this week and my looking forward to seeing my parents in a few hours, I'm sad to have to move on.  I've loved reliving life as an English major - the readings, the discussions, the camaraderie of fellow bibliophiles.  It's been a wonderful week.

I'm at a hotel in Oxford now.  My parents will be arriving soon, so I figured I would take some time to catch up on my blogging.

After our morning discussion of Tolkien, Matt (our group leader and the program director) took us on a field trip to the Weston Library.

The Weston Library is also known as the New Bodleian.  It was built recently (which, in Oxford parlance, could mean anytime in the last 200 years), but as our tour guide the first day explained - "It's beautiful to look at but rubbish to study in." Most of the students stick to the Old Bodleian instead, and this one tends to be primarily for tourists.

They have a couple exhibition halls in the library, and they are currently running an exhibit called "Marks of Genius."  Really, it should just be titled, "Oxford Shows Off Their Collection."  I couldn't believe what they had:

And so much more!

After looking at the collection we had a bit of free time, so two other students from my group (Mary and Kate) and I went to see the Old Bodleian; however, later in the week I actually went on a better tour of it, so I'll save the photos from that until that entry.

Next we crossed past some really wonderful-looking buildings: 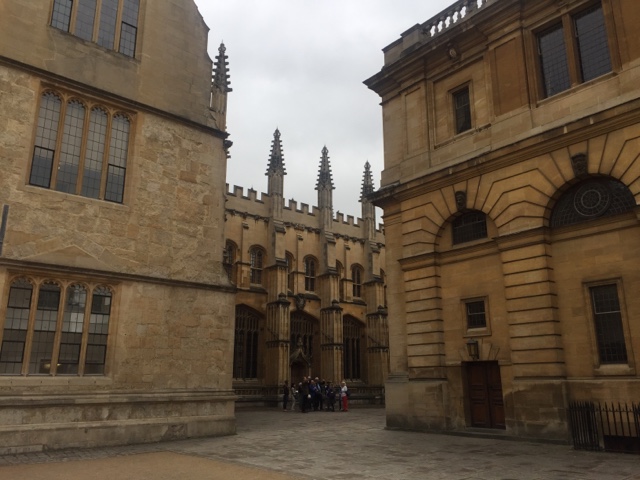 and went on a self-tour of the Sheldonian Theater.

The Sheldonian Theater, designed by Christopher Wren, is where the Oxford graduation ceremonies are held.  Apparently the graduations happen on a rolling basis throughout the year, which means they can all fit in this space.  Interestingly, the theater actually holds the record for the oldest theater to never have a play performed in it.  Up until this year it's been used for ceremonies and concerts, but never a play.  In February, though, a theater company produced "The Crucible" there, which was an excellent choice for the space in my opinion.

Here's the interior of the Sheldonian: 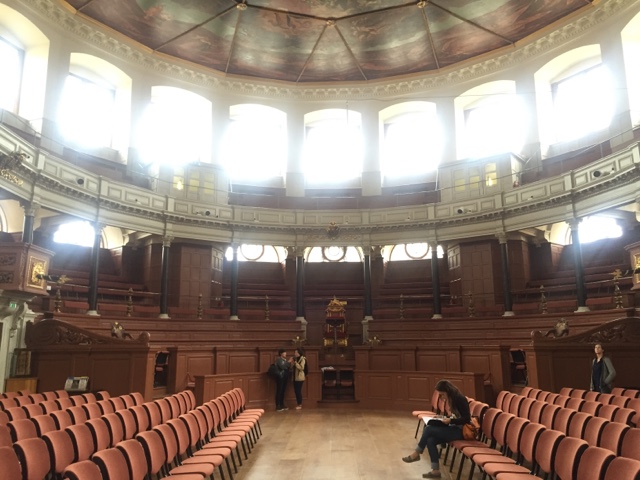 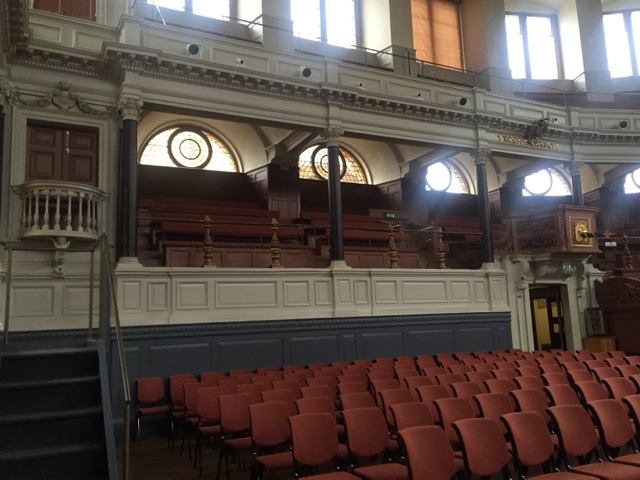 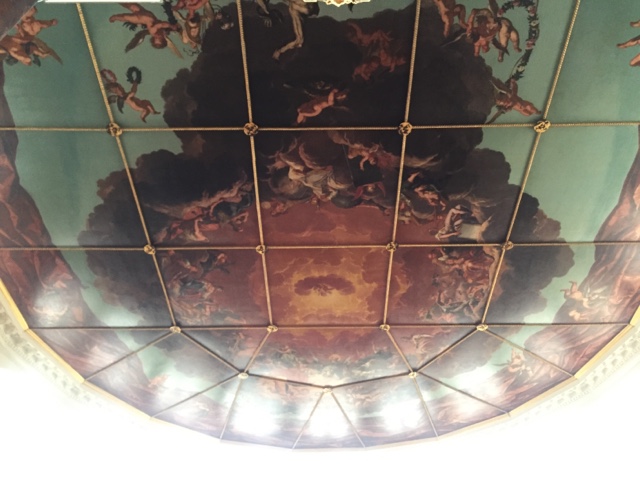 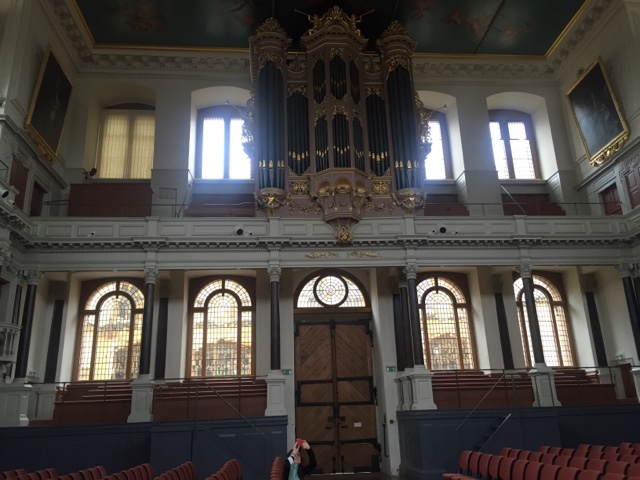 We climbed up to the cupola to see the view of Oxford from on high: 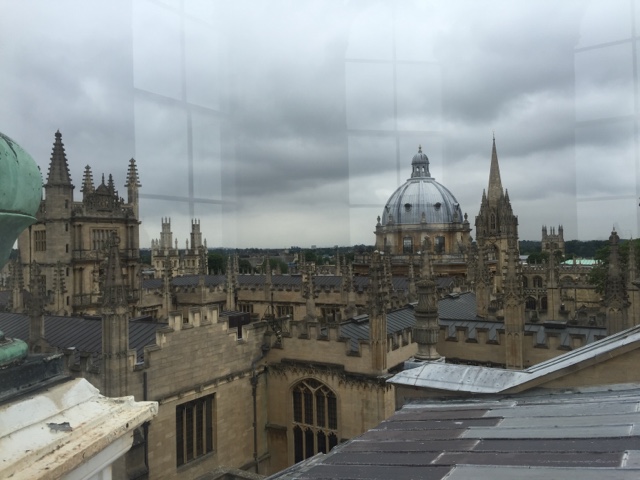 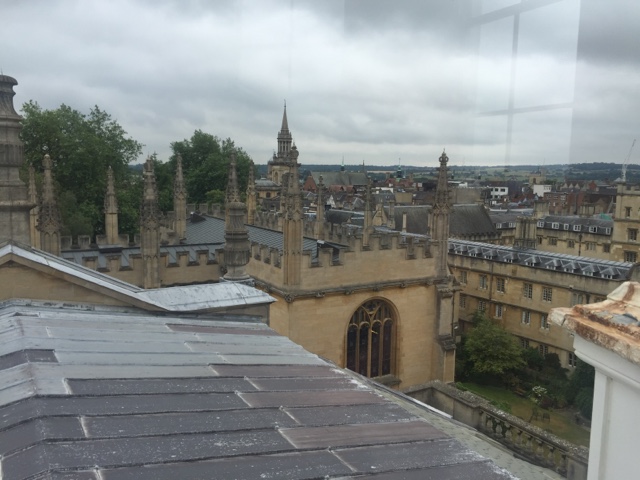 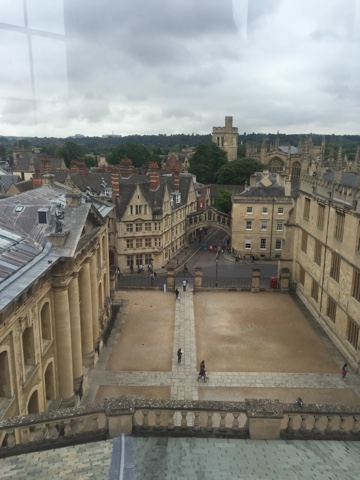 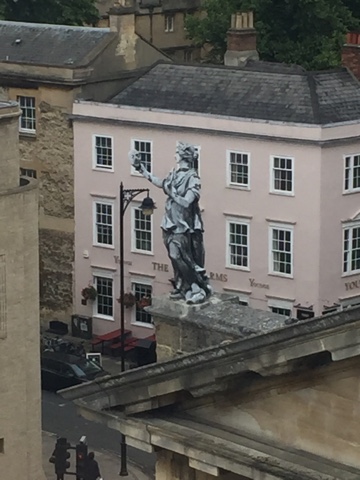 We were close to starving by then, so Mary and I walked to the Covered Market and got some pies from Pie Minister: 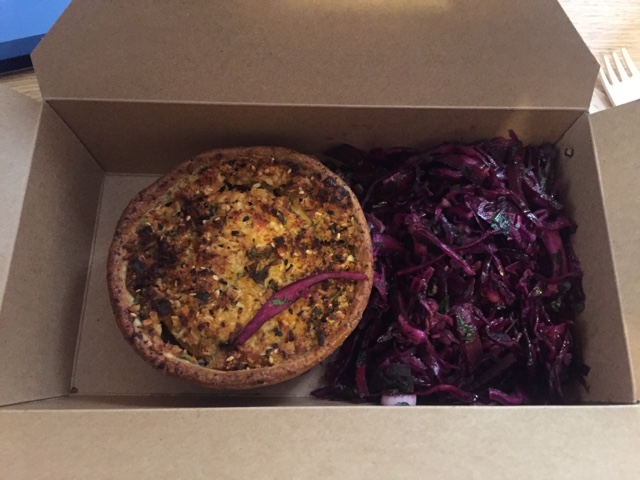 and cookies from Ben's Cookies (not pictured, but holy crap they are delicious.  My favorite is the orange chocolate chip)


After the afternoon lectures and an early dinner, we walked to Merton College: 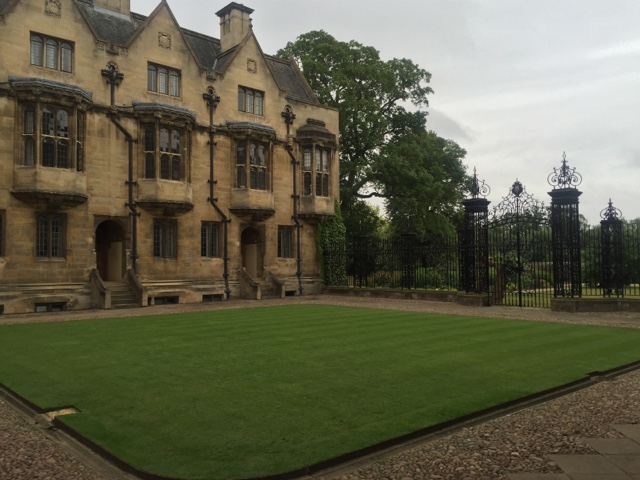 to see a production of King Lear: 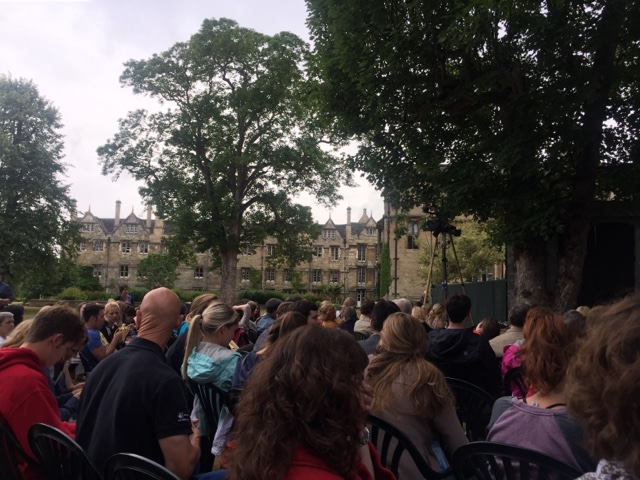 It was performed in their garden theater.  You can see a bit of their apocalyptic set here: The production was not that great.  There were some really good performances, but the direction was weak and I didn't like most of their choices especially their bizarre semi-punk costumes with tattoos painted everywhere on everyone with no particular reason or pattern.

My favorite thing about it, though, was that it started to rain just after intermission.  You can't ask for a better setting for the second half of Lear than a rainstorm!

The production company decided it wasn't raining hard enough to merit moving indoors, so they kept going while the audience covered up with raincoats, umbrellas, and blankets rented from the ticket office: