And another show down!

The elementary school performance went splendidly. The audience, all 850 of them, was fully engaged and responsive for the entire show!
Thursday night had a typical weeknight audience - quiet and smaller, but they still enjoyed the show. The actors were a little thrown by the difference between that audience and the kids of that morning, so the show itself was shakier. They pulled themselves together, though, and we had a near-perfect show on Friday. 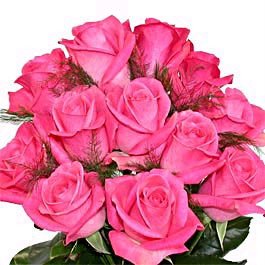 Overall, we made about $1200 dollars, which after deducting the cost of the show, brings in about $550 profit. I was happy, though, that the quality of the performances has really gone up, while my nerves during shows have calmed. It seemed, well, doable in a rather simple way, if doing a show can ever be simple.
No one else dropped out, although two of them came close at the last minute. The lights worked, my actors were loud enough to be heard (glory be!), and everyone seems happy with it. My kids even got me a lovely bouquet of roses and kept it a secret! There was an "incident" our school detective took care of, which only reinforced my growing support for sterilization as a legal consequence. I'll tell you about this particular incidence of stupidity sometime, perhaps. Other than that, it was a pretty smooth run.

After the show, I had about ten hours to rest before conducting auditions for the Relief Society play. Those also went well - we had 20 show up, and 20 parts to cast for. Now they just need to all show up to the read-through on Wednesday....
at 8:03 PM No comments:

It's Only a Play

Well, it's hell week - hence my infrequent posting. The Advanced Drama play opens in two days. On Thursday, we perform first for the elementary schools, then in the evening for families, etc. And again in the evening on Friday.
Last Friday, my wonderful students came in on a day off to rehearse. It was rather fun, actually. The costumes are from various time periods and countries of origin, but colorful, characteristic, and fun. The shows are funny, and all of us now know the hustle. A-wa-hoo.
Mmm... Harry Potter and the Goblet of Fire commercial on tv....

Anyway, I am in post-painting, pre-show tiredness. I have been reading the twelfth book of "A Series of Unfortunate Events", but I keep dozing off.

Here's two odd things about the play: 1) My actors are indeed better this year than before. They seem more focused and dedicated. This I love.
2) Producing plays seems to be getting easier. Time and energy-consuming, yes, but somehow less taxing overall. Things are just running... smoother.

Fingers crossed for the play this week!
at 7:34 PM No comments: