I changed the link in the post below so you can all enjoy Jon Stewart's singing.

Can I Interest You in Hannukah?

This Christmas Special was hit and miss, but this song was my favorite.
Watch the whole song, if you can.
at 7:00 PM No comments: 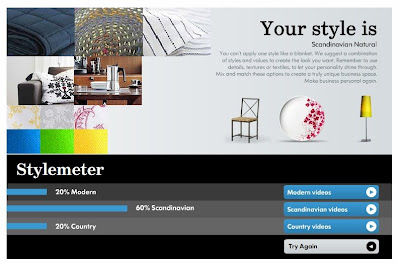 Hymn to a Sunday Evening

For no reason other than merriment, I give you

TV From My Childhood

For starters, of course, it has to be

(Oh my goodness, the tinny music. My ears! My speakers!)

(I maintain still that is one of the best theme songs of the decade.)


Out of This World

(Gummiberry juice! Who knew Disney would endorse steroid abuse during the "Just Say No!" era?)


Square One TV
(This one gets two clips)

Where in the World is Carmen Sandiego?
(I couldn't embed this video, but it's worth the link if only for the map with the flashing lights - oh, the memories!)
(Yes, I fully acknowledge my geekiness with my love of educational TV programming. This show rocked, though. I mean, the singers are called ROCKapella! How could they not be awesome?)

(Check out the cool girls' outfits - aren't they styling? I tried to find the two clips that are burned into my memories - Punky dropping an oyster down her shirt at a fancy dinner party and Cherie getting trapped in an abandoned refrigerator. Thanks to this show, I still have an underlying belief that suffocation in abandoned refrigerators is one of the top causes of death for children under the age of 16.)


Saved By the Bell


And just to remind you that there was some good TV shows in the 80's:

That's it for now - it's bedtime for me. I'll probably do a part deux. For now, though, how many of you could still sing along with all of those songs? Rachel?
at 9:02 PM 3 comments:

We are learning Latin root words in my classes today - port, capt, miss, flect, and so on.

Me: Good! So, we make waves with our arms while we say "aqua".
I demonstrate, students imitate, giggling.

Me: Excellent! What are some words that have "aqua" in them?

Me: Nice. Which means?

Me: Great. Other words?

Me: Wonderful! And what do you call a room that holds water in it?

Words I can't say in my 8th grade classes, no matter the context, without eliciting snickers:

I also can't spell any word that begins with the letters "a-p-p", either.

All of my tension and frustration over the totally uncoraporative kids has set up camp in my neck and shoulder blades, so I'm typing this with horrible posture. I'm got a much-better articulated post in mind that I'll write later along these lines, but I just need to vent about the fact that

I AM SICK OF FEELING LIKE A BAD TEACHER BECAUSE OF SOCIETAL PROBLEMS AND STUDENT BEHAVIOR THAT ARE TOTALLY AND COMPLETELY OUT OF MY CONTROL!!!

I had our school translator call a parent this week to report the following consistent behaviors about her student:

This has been going on since August, and I have literally done every single consequence available to me as a teacher (held after class, sent to a different room, sent into the hallway, sent to the office, lunch detention, Think-Reflect worksheets), with absolutely no remorse and/or behavior changes. I have also recommended her for both academic and medical testing (as in she needs drugs, not as in "let's run lab-tests on her"), which the school apparently still has not yet begun.

So the translator makes the phone call and relays my message. Here's how her mother responded:

"This is not my daughter's fault. It is the teacher's responsibility as well."

The HELL? What, exactly, about this girl's behavior is my responsibility? And what the hell kind of favors do you think you are doing her by blaming ME for her crappy, immature, inept behavior?

And (while I'm at it), dear government, how in the world do justify holding ME accountable for this girl's choices? I'm not her psychologist, doctor, pharmacist, behavior specialist, police officer, counselor, parole officer, her father, or her mother. I'm her Language Arts teacher, damn it. And all I'm asking is for her to let me do my job.
at 4:13 PM 4 comments:

Everybody's Got the Right

For the first time in my voting life, MY VOTE COUNTED!!!

(Yes. I am absolutely procrastinating the work I brought home. Enjoy the fruits of my non-labors.)
at 8:16 PM 2 comments:

It's Just The Gas

My afternoon, once school let out, began with 8 phone calls home. Two were for neutral issues - standard updates on students. The others were to inform parents of students' misbehaviors. So that should give you some idea of how my 5th period went today.

I had planned on a long afternoon at school, since I needed to write up my lesson plans for the week, rewrite my curriculum maps (I have a meeting with one of the curriculum coaches tomorrow), and do other such things that are meant to, you know, make me a better teacher.

You know what would make me a better teacher? Getting home in time to exercise, cook dinner, and get to bed at a decent hour!
Ahem.

Anyway, I was working away when the assistant principal dropped by to return one of my dictionaries to me. He warned me, as he brushed off the cover, not to "smell it too closely".

I arched a curious eyebrow at him.

"You know, unless you want to drive home a little..." he trailed off, miming a stoned driver.

"Ah!" I said. "So that's why there were cops in the hallway after school."

"Yes," he said, "the kid apparently 'forgot' he had that baggie in his backpack."

The AP set the dictionary up on a desk near me, and after we chatted for a bit, he took off to GO HOME. Freaking annoying.

Anyway, after the AP left, I resumed working on my lesson plans.

About 10 minutes later, I noticed a strange smell. Boy, I thought, the AP must not have been exaggerating about the drugs spilling onto that book!

(NOTE: I do not have a very strong sense of smell, nor am I good at identifying drug smells.)

A bunch of kids spilled into the hallway from basketball practice, making a terrific amount of noise. One of the rattled the gate that separated them from the classrooms and their lockers and yelled "Miss!... Miss!"

"What?!" I yelled back, while typing.

"Come unlock the gate and let me run to my locker!"

"No!" I yelled, continuing to work.

About 5 minutes later, the secretary got on the PA and announced, "Anyone left in the building needs to leave immediately."

Thank goodness, I thought. The kids will leave and I won't have to go out there and deal with them!

About 10 minutes after that, I grabbed a workbook and headed to the office to make copies. I let myself through the gate, crossed the hall towards the gym that connects my side of the building to the office, and smiled politely at the two firemen standing at the door outside, with axes over their shoulders and some kind of monitors aimed at the ceiling.

"Yes?" I said, stepping back out into the hallway.

"You need to leave the building. Now."

"Okay..." I said, looking out the window past them at the students and teachers and janitors and secretaries gathered on the dirt across the parking lot from the building. "Can I at least grab my purse?"

"Okay." I headed out of the building, walked past all of the firetrucks and police cars surrounding the building with lights flashing, through the conversations about the gas leak, and joined some of my fellow teachers on the "lawn".

"You were in there this whole time?" Jessica asked, incredulous. "Didn't you smell the gas?"

When they let us back in the building, 20 minutes later, I grabbed my purse, threw my books into my bag, and headed home to do the work.

Maybe, one of these days, I should figure out what marijuana actually smells like.
at 7:09 PM 2 comments: