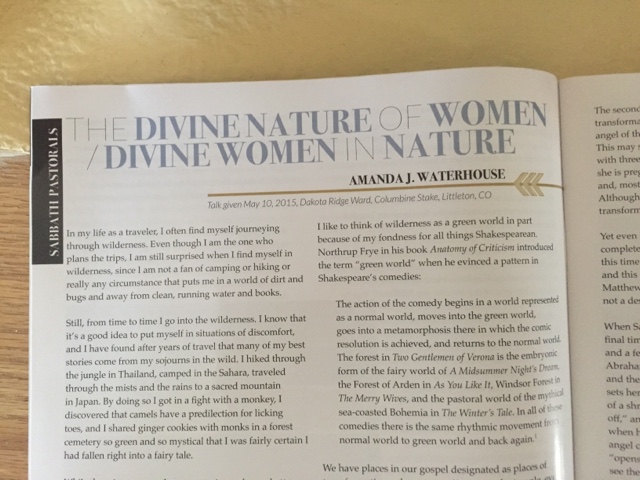 That's a talk I gave in church back in May, now published in this: 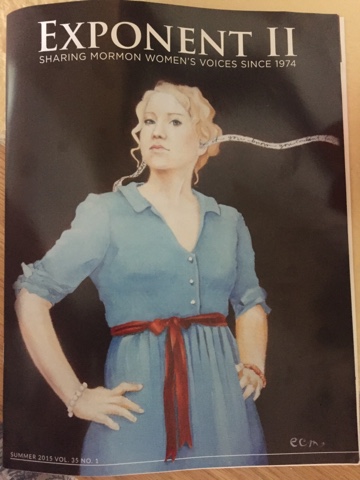 They run a Sabbath pastoral section for Sacrament meeting talks.  I spoke on Mother's Day (yes, Mother's Day.  That was a bit of salt in a wound), and immediately afterwards Fara approached me about getting the talk in the Exponent.

I was asked to speak about "The Divine Nature of Women."  Since I was loathe to perpetuate the patronizing "women are such wonderful, angelic creatures" hyperbole, I flipped a couple of words around and spoke instead about Frye's theory of green spaces in Shakespeare and how that could relate to the biblical story of Hagar.

I was particularly curious to see what they would pick for pull quotes. 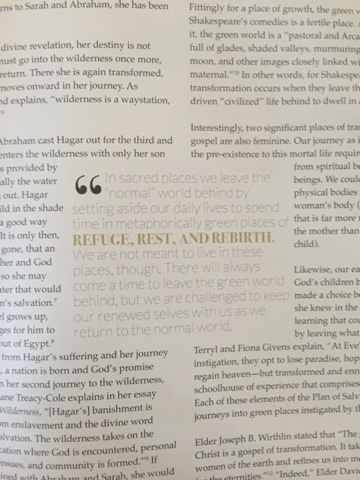 Look at that!  Words I wrote are centered between two columns.  Woot!
at 7:16 PM