Friday afternoon I took my Advanced Drama class and a few extra theater-fond students to the Denver Center Theater Company to do an acting workshop and to see The Three Musketeers.

As I was setting up the workshop, the education department asked what topic I'd like them to cover.  "We could do fencing," they offered.  "Swashbuckling, you know?  In honor of the show?"

The kids were ecstatic to try it, and behaved wonderfully.  They had a blast learned the moves (cut, parry, slash, and a few jump stunts), even if they used pool noodles instead of "real" swords. 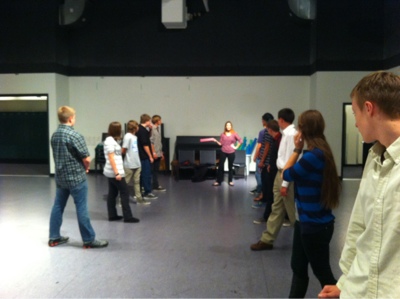 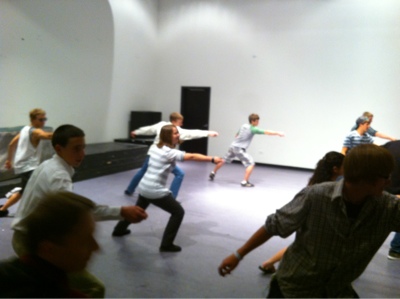 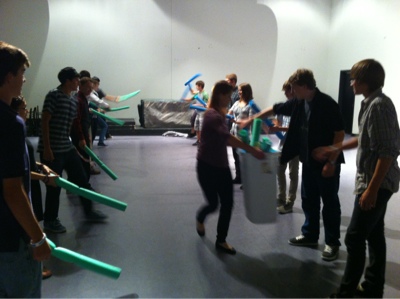 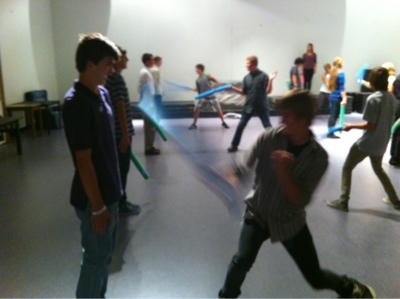 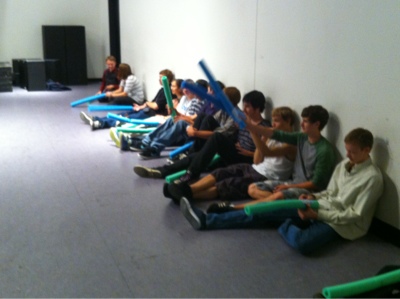 The DCTC education staff always does a terrific job, and I especially love how well they know kids.  They treat them respectfully - never talking down when it comes to acting theory or script analysis - and yet they also know what the kids need after an hour of being very, very good with pool noodle swords:

One minute to "go nuts.  Just don't aim for the face."

After the workshop we walked up to the 16th Street Mall and found some dinner.  The rest of the group joined us (some of the kids had to miss the workshop for sports practice after school), and we walked back to the theater to see the show: 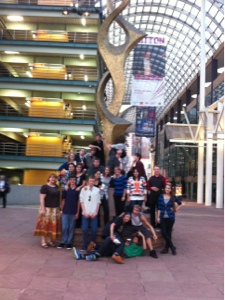 The show was nothing special, although the students in the group who had never been there before (about 3/4 of the group) were thoroughly impressed by the traps in the floor.  It was one of those times for me when a mediocre show was much improved by seeing it through the eyes of students who have never seen professional theater before.  They loved it, and I'm looking forward to discussing it with them in class tomorrow.
at 2:58 PM