After a long delay on the plane ride home, I returned from my latest trip (New York) around 1:30 AM Tuesday morning.

Tuesday afternoon I sat down on my couch to write a few blog posts from the past two trips.  I opened my computer, then immediately fell asleep.

Wednesday evening I tried again to catch up.  Once again, I fell asleep before my browser even had time to load.

I may have underestimated how tired I was after three major trips and multiple time-zone switching.

It's Thursday now, and I've slept in my own bed for three nights in a row (!).  As such, I am able to stay awake for minutes at a time.  Hurrah!

I do still intend to post whatever I can about China.  Because transferring photos from my phone to Blogger is cumbersome in all manners and because I'm cramming in many Things to Do in the week I have between trips, my posting will be erratic.  I've also decided to give myself a break and instead of trying to encapsulate the entire China trip in a well-thought out and chronologically-ordered series of posts, I will instead write a post about whatever I feel like writing about at that moment.  Hopefully that way the most important events of the trip will float to the top.


Journey to and Arrival in Beijing:


Thanks to a snafu in our scheduling, I wound up sitting two rows behind Jason on our flight from Vancouver to Beijing. 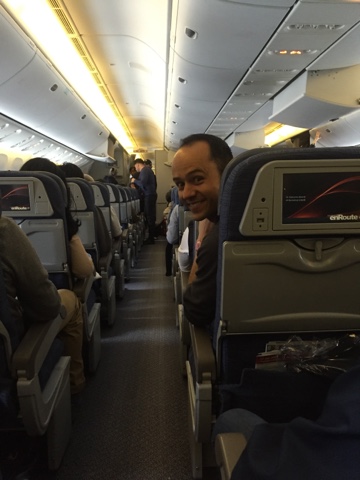 Since we spend flights isolated in our own movie/Kindle/attempts-at-sleeping worlds anyway, this wasn't a big deal.  I was pleased to find that our plane came with the one thing that makes or breaks a flight for me: 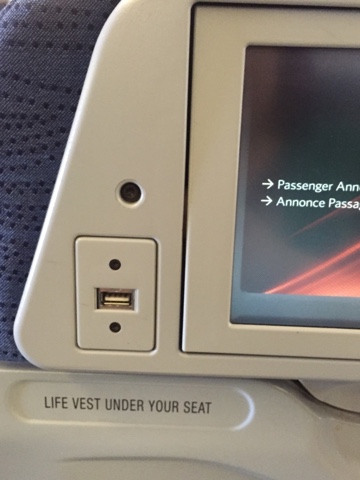 Some 15 hours after leaving Seattle, we stumbled through a truly ridiculous line for customs while comparing thoughts on what we watched on the plane. 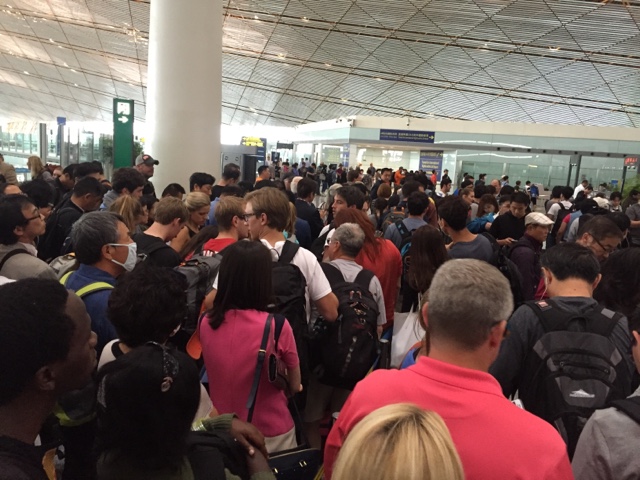 After wading through the hordes of humanity and confused tourists, we were delighted to find Quynh-Nhu waiting on the other side.

Jason met Quynh-Nhu and her now-husband Nikolas while studying abroad in Rennes, France.  Nikolas is working as a diplomat in the German embassy, and they kindly offered to let us use their apartment in Beijing as a home base for our trip.

They are lovely people with a ridiculously adorable son.

I'm not just being polite.  Their son, Frederick, is dang cute: 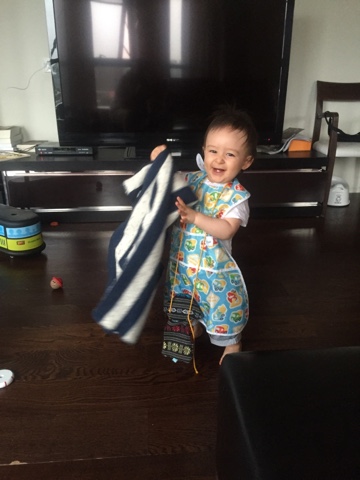 Plus, at 15 months he is learning 5 languages, thus putting me to linguistic shame (French and Vietnamese from his mother, German from his father, Chinese from his nanny, and English from his international playmates).

Not only was it convenient to have a nice place to stay in Beijing, Quynh-Nhu and Nikolas were great company.  They are well-educated, well-traveled people; and our post-dinner conversations were fascinating and fun.

After unloading our suitcases at their apartment, we walked a few blocks over to a restaurant known for its Peking duck (a dish we would get to know very well over the coming days).

The Baders live in Sanlitun, a part of Beijing known for its international stores and night life.  It's definitely a nice part of town, but I was struck by how drastically the neighborhood changed from block to block.  One moment we'd be walking through a high-end outdoor mall:

Then we'd cross the street and find this:

Only to have it switch again one more block down:

On our way to the restaurant we stopped at a Japanese grocery store for breakfast foods.  It was a good thing we did, since by the time we arrived at the restaurant Jason and I were starving.  We scandalized Quynh-Nhu by pulling out the tiny bananas we had just purchased and using them to tide us over until Nikolas and the meal arrived. 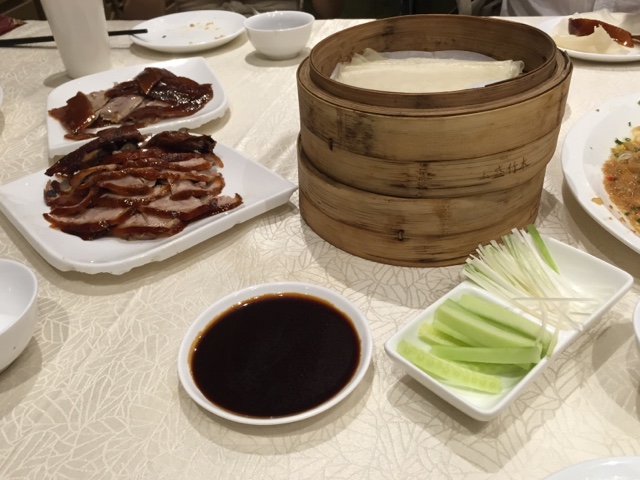 
The meal was tasty; and we managed to stay awake until 10:00, a respectable time for the day of arrival.  Jason and I hit the sack soon afterwards in anticipation of a trip to the Great Wall early the next morning.