I went downtown on Friday. I had been taking a hiatus from tourism, in part because I had an awful lot of phone calls and research to do for my housing situation (or lack thereof) and in part because I was still recovering from our hard-core two weeks of touring about abroad. But Friday I only had a few phone calls to make, I had finished enough research to get to where I need to be before I go look at samples on Tuesday when I get back, and I decided to hie me to the Smithsonian for one last time this summer.

I stepped out of the metro station there into the heat, marveling that although I knew it was hot and I did indeed have a damp neck from the sweltering humidity, it still just wasn't as hot as Marrakesh. I was surprised that I was still acclimatized to those ridiculous three days two weeks ago, and I wondered how long that will last.

Unsure of which museum I wanted to visit, I walked around the Mall watching the tourists. We hardly saw any American tourists on our travels, so it felt a little strange to be surrounded by them. While I did feel as though I belonged with them, my familiarity with DC and the Smithsonian and my being there alone made me feel separate and more than a little aloof. As is so often the case, I went for the art museum. The advertisements for some of the temporary exhibits at the National Gallery caught my eye, and I hadn't been back there yet this summer.

I did walk through the temporary exhibits about the photography of "the theater of the street" (not actually about theater) and extracts from sketchbooks of 19th century artists, but was quickly drawn to the sculpture rooms. I love sculptures, especially marble ones. I love to walk among them, and I relished seeing some pieces by Rodin who holds a special place in my art-enthusiast heart after visiting his house last November. I also found two new (to me) pieces that caught my eye: this reading girl... 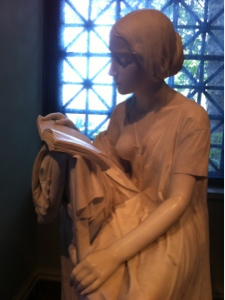 and Honore Daumier's caricatures of the French National Assembly: 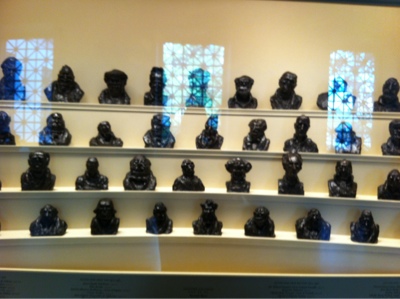 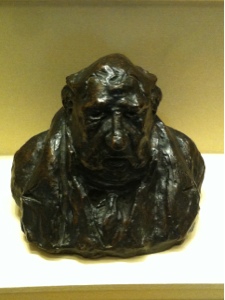 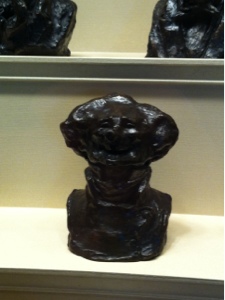 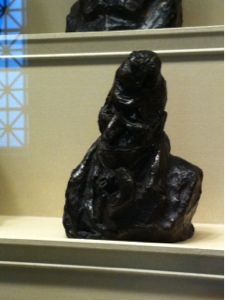 As I strolled back towards the metro, I decided to swing by the National Archives. I haven't been there since Mercedes and I visited on the 4th of July in 2005. The lines were significantly shorter this time, as you might expect. It also made me want to rewatch National Treasure, as cliche as that is. The highlight for me was not so much seeing the Constitution and whatnot as seeing Charles Ingalls' homestead application.

Jason got home late and, as you saw, we went out for Thai food. Saturday was a proper weekend Day of Accomplishing Things, where "Things" is shopping to redecorate Jason's bathroom and container gardens. We also enjoyed our traditional Saturday German wursts, dinner at Five Guys at the mall, and a showing of The Amazing Spider-Man.

In between those things we stumbled onto a store in the mall called "Under the Olive Tree." To our delight, it was an olive oil and vinegar tasting room, with the bottles arranged from mild to robust and a very opinionated/informative proprietor. We enjoyed several varieties of both in small white sacrament-type cups, tempered with small cubes of bread. It was really fun to taste so many different options, although none of the oils were as good as the ones we tasted at Hisop. Dark chocolate balsamic vinegar, though? Delicious.
at 7:42 PM