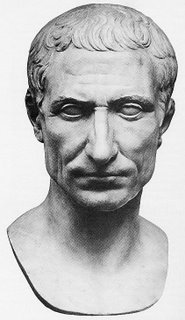 If my entries haven't seemed... well... odd the past few weeks, then brace yourselves. Today was such a lovely, magical day spent entirely in the Green World (as Sandy Mack would say), that I am not sure how to talk about it in a way that makes sense. So good luck and bear with me, readers!

Today we performed "Julius Caesar" on the Rose Footprint stage at Shakespeare and Company. I drove up with Meg, Dev, and Mel, leaving the dorm at about 7:30, arriving in Lenox an hour later. I enjoyed the car ride, since we each spent the vast majority of it muttering to ourselves under our breaths. A car full of actors, reviewing lines early morning, our words covered by the sound of the wind from Mel's open window. The rushing air gave me at least the freedom I needed to vocalize my lines a little bit, rather than say them only mentally. It created a bit of a sound vacuum - I could only hear myself, although I knew we were all reciting and reviewing. (A warning - those kinds of lapses into poetic language are probably to be expected from me when I write in this kind of mood.)

At the Rose Footprint, we all met on the stage as a company (what a fantastically true word for our group now!) for check in, warmed up with Bob, and then began to play "Julius Caesar" to our audience at 10:00. My brother has a theory that a show is counted successful if there are more people in the audience than there is on stage. Our audience today, in one sense, was small - it was made up of few spouses and friends, as well as our dear (I so want to spell that Shakespeare's way - "deare" - to give it the emotions it deserves) teachers. Those numbers made it small, but I realized afterwards that we the actors, were the audience too. When not on stage, we sat on the benches encircling the house; we cheered and clapped and watched and reacted just as much as any of the strangers there. We were the company - actors, teachers, and audience all; and we were playing for each other. Magical.

I am very pleased with the show itself. There were so many wonderfully goose-bumpy moments and feats of acting that I can't even begin to list there here, lest I go on all night with the compliments. I am proud to have done this play with these people, and it was so not perfect. We called for "line", people fed in others, I made two mistakes that I hate making (switching two words in my monologue and crossing in front of the upstage center door instead of behind it accidentally), we were not costumed, we had no set other than two columns and a bench, but we lived "Julius Caesar". There were moments where all the visuals melted away for me and I saw the world people were talking about. After I died, as I laid on stage under the sheet, I could only listen to the voices around me. They painted such pictures! I tend to not be so fond of Shakespeare when I read it, but when I hear it, I fall in love with it. I also realized that I could hear each person in our company, and I knew them by their voices. It was a tender feeling, actually.

Following the show, we had a quick chat with the audience, took a few group pictures, drank toasts of apple cider, and listened to a quick talk by Mel Cobb (shown here as Theseus in "Midsummer". I find this picture amusing. He spoke to us as such a director, it's entertaining to see him here as an actor). He made a great statement that we should "make common light"; meaning, stage plays so the actors and the audience are in the same light (literally, by the way). He also stated that one character can speak to another character on stage through talking to the audience; essentially, you do not need to look at the person you're talking to. I'm curious to play with both of those concepts in my theater.

The group checked out (quite emotionally), the dispersed. Meg, Mel, Emily, and I remained in Lenox for the day, much to our delight. We attended a performance of "Servant of Two Masters" in the Rose Footprint in the afternoon. The show was broken into two parts - one at 1:15, and one at 6:15, so in between we got some dinner, visited The Bookstore, and had some more delicious Creamery ice cream. "Servant" was hilarious - very comedy, very fun, with great character actors. The audience was lively and responsive at both showings, and we four were so exhilarated and relaxed after our triumphant morning we felt comfortable laughing great belly laughs (Bob would be proud). I bought a copy of the script to consider for future times. I also made several additions to my mental list of bits to steal (Note for me: especially the galloping circle walk done by the servant and the mountie, the seesaw, the filling of the trench). One moment I particularly enjoyed was when the servant proposed to the maid with an invisible ring in and invisible jewelry box. Not only did the servant take the care to mime the opening of the box and to mime tossing the box away when he was done with it, but as he threw it, another actor behind him, very subtly, caught "the box" and tucked it in his pocket. Meg and I laughed with such delight over a gesture that I think only we saw. It was marvelous - as good as the audience member who pocketed the coin during "Merry Wives".

All in all, a delightful day. I just spent about two hours talking with my friend, Jason, who was kind enough to listen to me talk all about today, this week, this month, and all the people I love here. He was moving into his new apartment as we talked, though, so I think he was pleased to have something to listen to while he decorated. In any case, it was an unusual role reversal for us, and he did not comment much on the cult-like aspects of my affections for this institute.

Tomorrow, alas, begins the countdown - it's the last Sunday here, etc. Before then, I'll record a few thoughts from today I want to remember. Two from Meg, two are mine:

"...the world of fire and light that Shakespeare is..." (isn't that a marvelous image she used?)

"I have known hippies." (This was the conclusion of a spontaneous and hilariously bitter monologue by Meg as we drove through Northampton).

"To brush between the spirits of all the lives that have lived and died in this same space." (Me, trying to describe the magic of all theaters)

And, one last thought I want to cherish: I got to say "Et tu Brute?" and die on a stage the same dimensions and layout as the stage where those words were spoke for the very first time, before they were famous. I am humbled and honored by that.
at 12:32 PM