(Apologies for funky formatting - I'm on a public computer.)

Our second day in Beijing was a Saturday, which meant the Baders could join us for our excursions.  After checking the air quality and putting on sunscreen, we headed for the Temple of Heaven.

The Temple of Heaven is a complex of buildings in the southeastern part of Beijing.  It was originally built during the Ming dynasty (so, 1400s).  Thanks to wars and lightning, the buildings have been rebuilt many times, and in the early 1900s a surrounding park was dedicated.  There we discovered hundreds of people enjoying their Saturday morning.

In China it is typical for retired people to meet every morning in their neighborhood park to exercise and socialize.  This was one of my favorite parts of the Chinese culture.  I loved seeing groups of people out doing Tai Chi, dancing with fans, playing badminton, learning to ballroom dance, and so on.  The Temple of Heaven had quite a few of these activities, plus people just hanging out, such as those underneath this walkway: 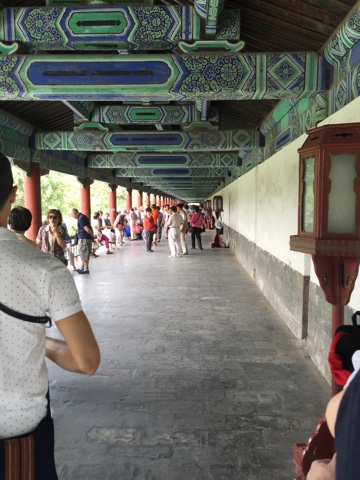 Here's something else about Chinese culture: they have far less qualms about personal space than we Westerners do.  This older woman bent over to make friends with Frederick, and as soon as he smiled at her she scooped him up and her companion began taking photos of them.  I can't imagine what would happen in America if a total stranger picked up someone's baby!

My favorite activity we spotted was this game:

(Whoops - the computer that I'm on is having issues with embedding a video.

Here's a link to it: https://youtu.be/hEMvV_QOJ2M

The game is like badminton, but the players catch and swing the ball around before tossing it back, creating graceful, almost hypnotic movement.)


The primary building in the complex is The Hall of Prayer for Good Harvest: 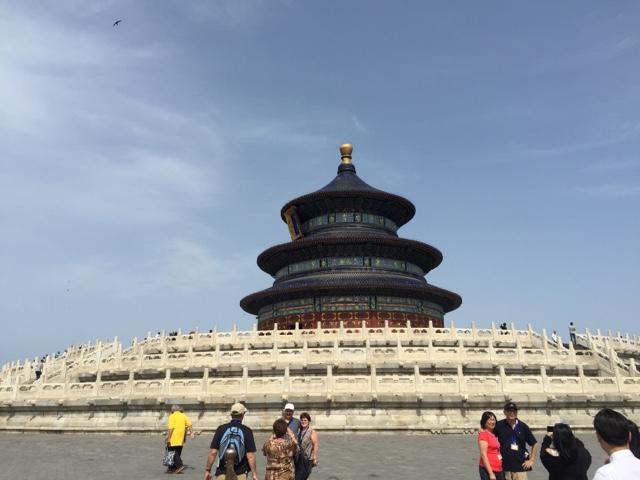 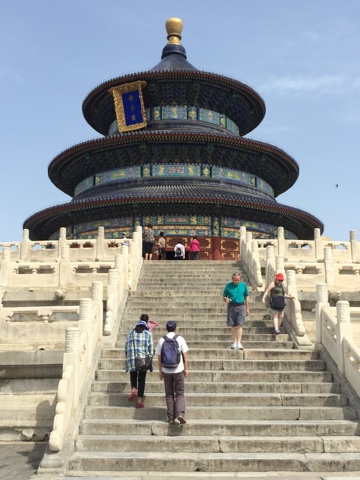 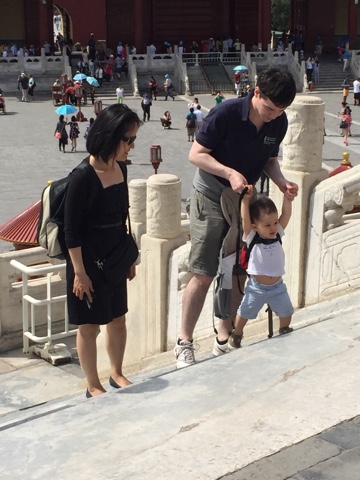 You can't actually go inside it, but here's a shot I managed in the dark over the heads of the crowd: 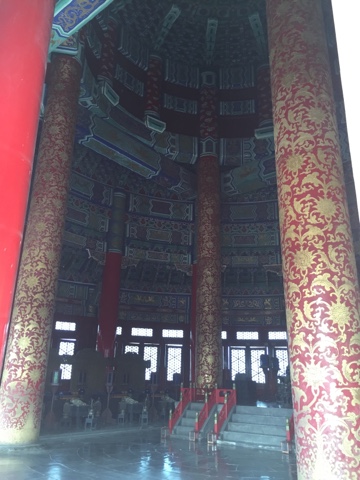 Some other details from the complex:﻿ 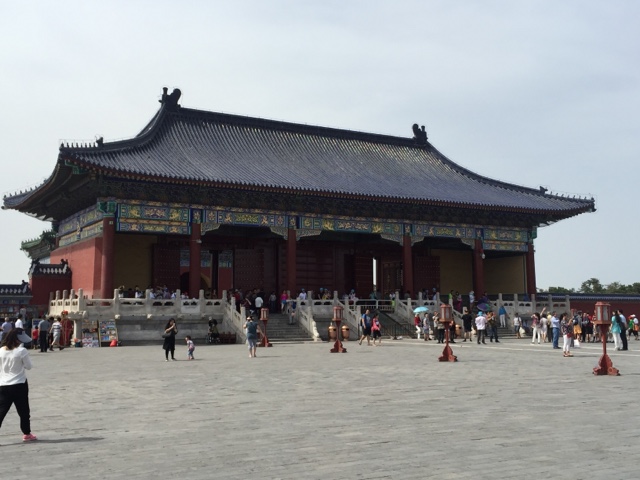 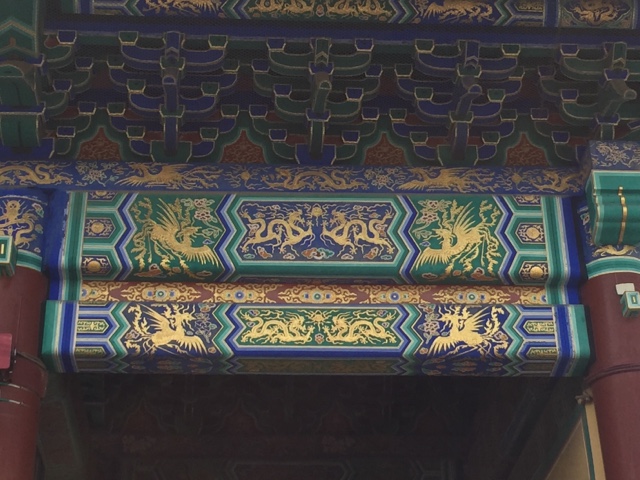 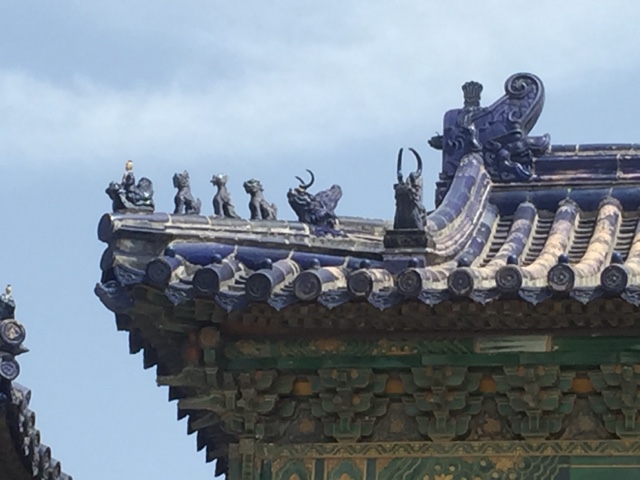 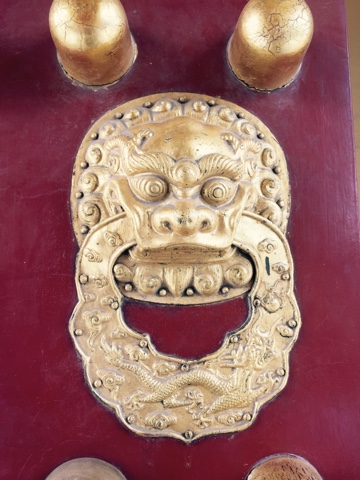 We followed this long walkway: 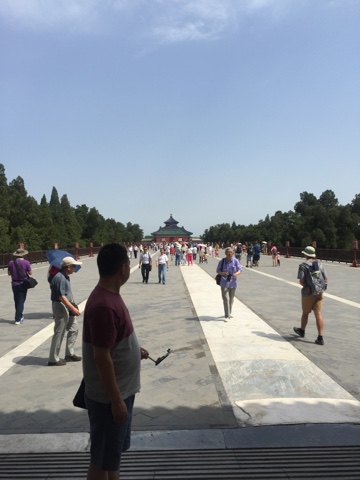 to find the Altar where the Emperor can pray for favorable weather.  I apparently did not take a picture of the altar itself, but here's a shot from the top: 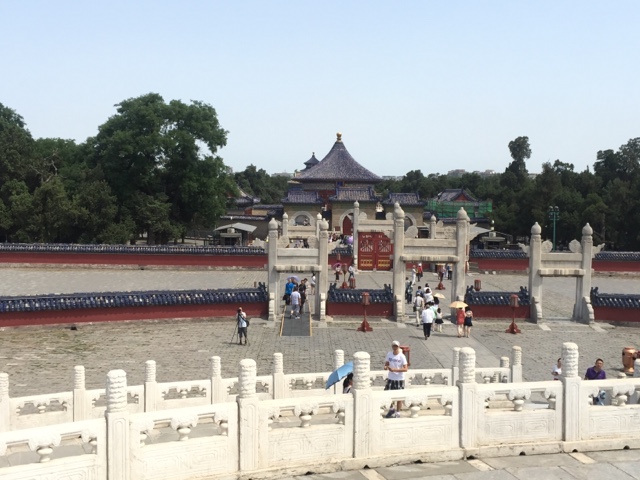 After exiting past the parking lot: 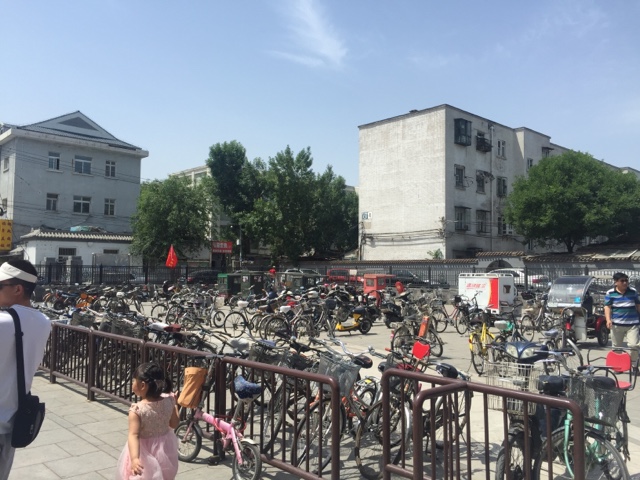 Jason, QN, and I bade Frederick and Niko farewell and hopped in a cab to find the starting point for our Beijing food tour.