Wednesday's literature discussion was on Lewis' "The Chronicles of Narnia" which was actually my favorite reading/discussion of the week.  Lewis' work is fraught with issues, and it was fun to pick them apart and examine them.  I also both really liked and was really shocked by a short story by Neil Gaiman "The Problem of Susan."

The first afternoon lecture turned out to be a poetry reading and a few poetry exercises by Helen Kidd.  After a quick break for tea, we were then directed to the garden nearby for the next speaker.

David Benedictus is an actor, director, and author.  He apparently insists on being outside if the weather permits and on there being crumpets for all.  So we gathered under a tree: 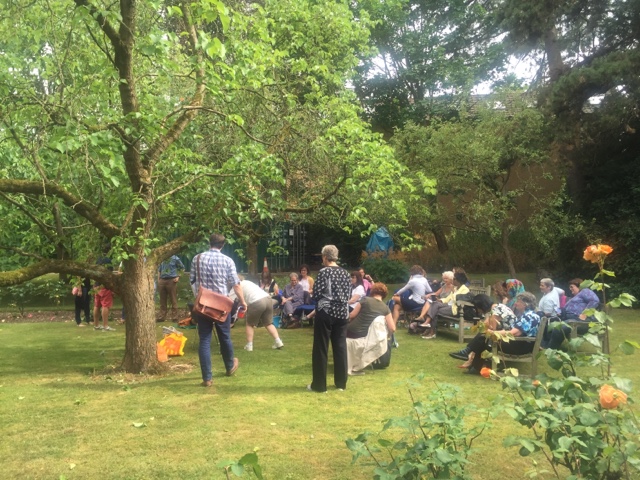 and listened to him read a chapter from his book Return to the Hundred-Acre Wood: 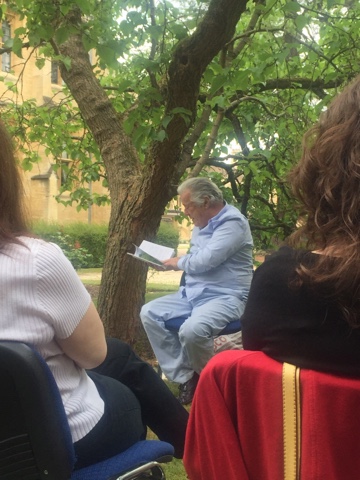 From there we walked to Christ Church

to attend their Evensong service in their 12th century cathedral.  Photos and recording were not allowed during the service, of course, but here's a video of a performance by the choir:


We also got a glimpse of the garden where Lewis Carroll met with the Liddel girls, next door to the deanery where he lived: 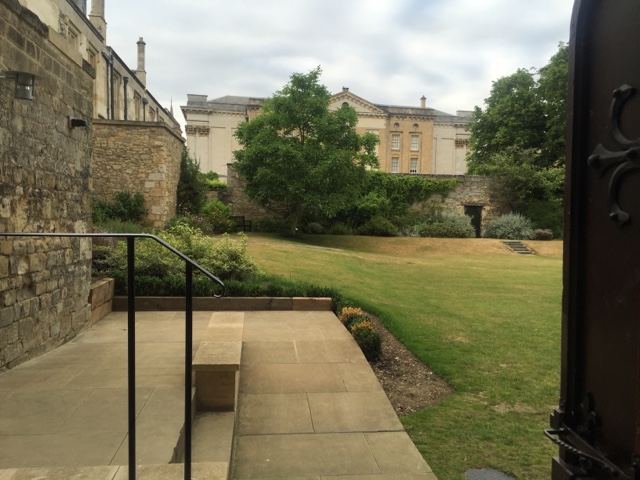