When Quynh-Nhu booked a driver for us for our visit to the Great Wall, she booked him for a visit to "The Tombs" as well.  We had no idea what the tombs were or why we should visit them, but like good tourists (and like good non-confrontational Americans), we said nothing and waited to see what was in store.

Our driver spoke very little English and we, of course, know virtually no Mandarin; so when he held up two fingers and said, "Ding Ling? Chang Ling?" we had no idea what he was asking.  After a lot of back-and-forth repetition of "Ding Ling? Chang Ling?" and frantic consulting of the guide books, we finally figured out that those were the names of two of the Ming Tombs we were on our way to see.  "Ding Ling Chang Ling!" we declared, affirming that we did indeed want to see the tombs.

Not so much.  The driver held up two fingers, then one finger as he repeated the names again.  Finally, we concluded that he was asking us to pick one.  We said, "Chang Ling," essentially picking at random, and he smiled, nodded, gave us a thumbs up, and turned his attention back to the road.

Soon we arrived at an almost-deserted parking lot.  The driver led us up a hill to the ticket office and pointed the way for us to go as well as to where we would find him when we were done.  While buying the tickets, we spotted a sign with the hours listed.  The tombs close in less than an hour!  Suddenly our driver's insistence on picking one tomb made sense.

Thus armed with virtually no knowledge of what we were about to see, fighting the lull of Day 1 jet lag, and a bit sweaty still from the Great Wall, we bought our tickets and entered into the Chang Ling tomb.

Here's what we eventually learned:

After building the Forbidden City in Beijing, the Emperor turned his sights on his own mausoleum.  The site was selected based on Feng Shui principles (a mountain at the back to the north, hills on either side, tranquil waters nearby, etc.); and after his death 12 subsequent emperors had their tombs constructed in the same region (copycats).  The cluster of monuments built collectively between the mid-15th century and the mid-17th century are known as the Ming Tombs.  They are part of a UNESCO World Heritage site, although only a few are open to the public.

A small museum is attached to the site, and there we found a topographical model of the region showing the tombs:

We were also highly intrigued by the statues of white animals flanking something called "The Sacred Way."

I really don't know enough about Chinese imagery and architecture to appreciate what I'm certain is a masterpiece of whatever it is they do well; so instead I focused on Things I Liked.

The aforementioned museum had some objects from the tombs on display but was primarily made up of informative posters about the emperors and the tombs (which, as you can tell from my vivid and detailed descriptions above, made a large impact on me). 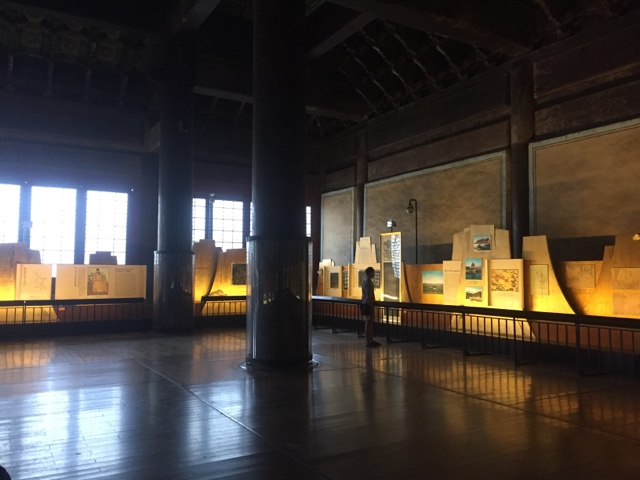 The museum did mention the Sacred Way again with photos of the large white animals, so when our driver asked if we wanted to stop by on our way out, we happily agreed.  He promptly pulled over (in the middle of a roundabout), pointed to this banner: 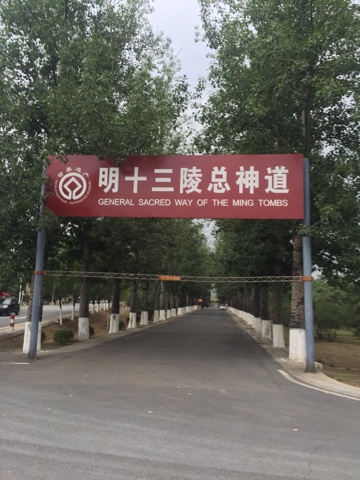 and said, "I will meet on other side, 30 minutes."  We scrambled out of the car, and he took off.

We found a ticket booth and paid for admission, then found a map of the promised stone animals: 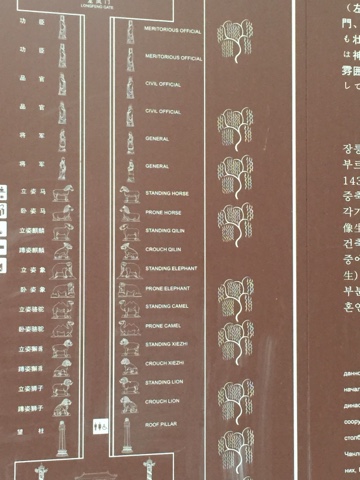 From where we were standing, we would pass by eight Officials and four Generals before encountering the animals.  The animals promised included horses, qilin (?), elephants, camels, xie zhi (? again), and lions.


Alas, the scale of the model in the museum was slightly off; however, the individualistic carving of the sculptures and the gorgeous green of the trees that lined the path made it a delightful walk. 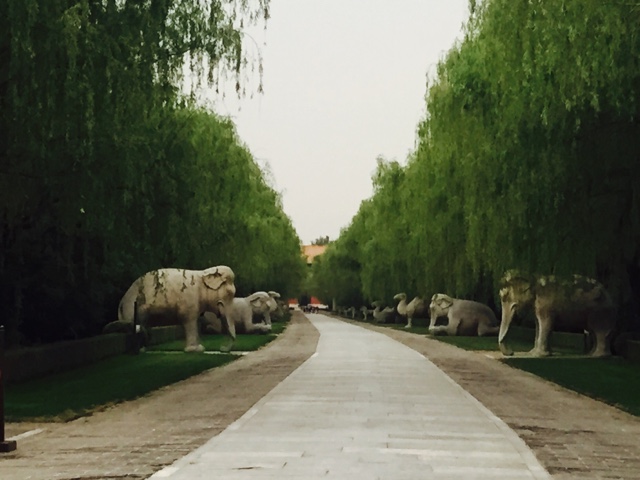 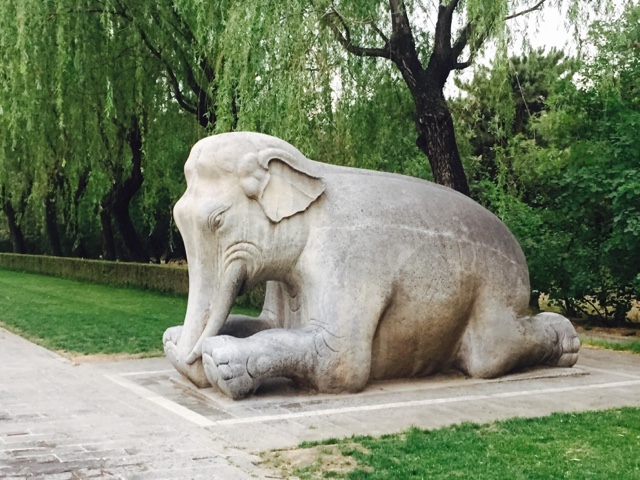 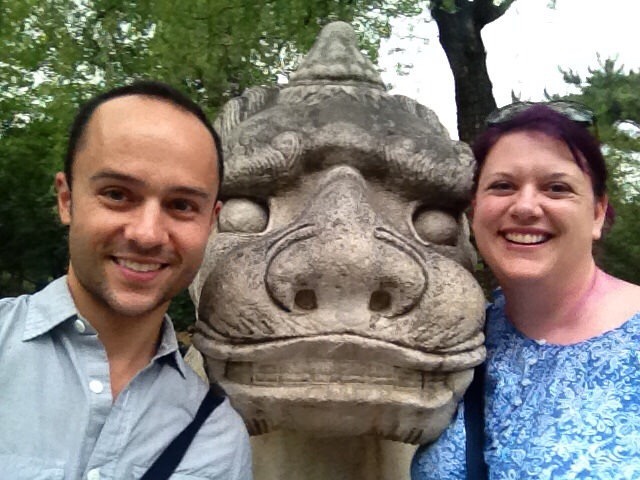 A delightful and well-timed walk.  Just as we emerged on the other side and found our driver, the rains that had been toying with us all afternoon finally broke loose.  Happily, we were snug in the car by then and ready for the traffic-filled journey back to Beijing. 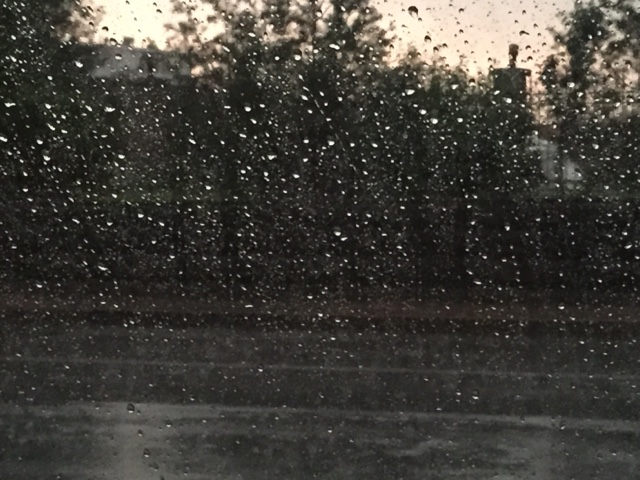