Friday's class focused on "Harry Potter," primarily the question of why it is such a popular book for both children and adults.  We also had a guest speaker talk to us about the use of landscape in children's literature, especially Susan Cooper's books.

Following class, Matt led a large group of us to Port Meadow: 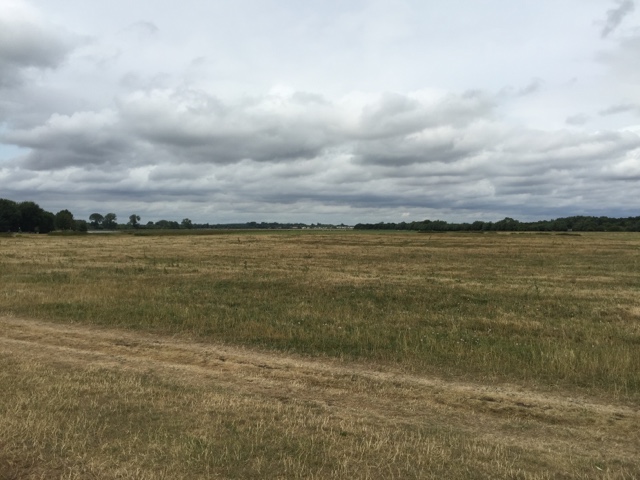 Port Meadow, interestingly, has never been built on.  It was declared common land 1000+ years ago, and the contract still stands to allow anyone who wants to to let their livestock graze there.  We walked through the fields and along the river (the Thames, but for some reason is called Isis in Oxford): 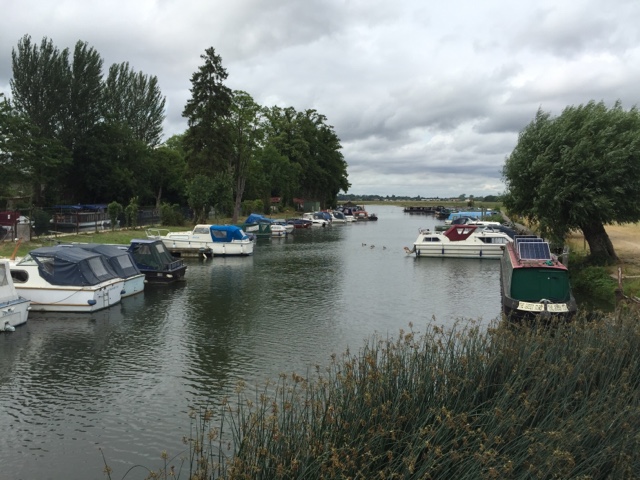 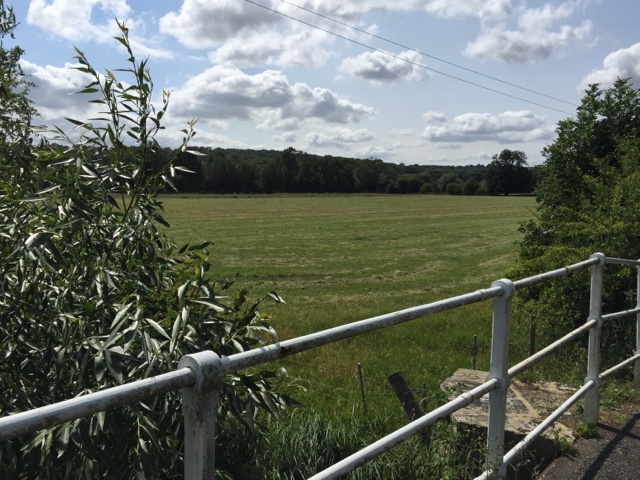 until we arrived at The Perch, a lovely restaurant, for lunch: 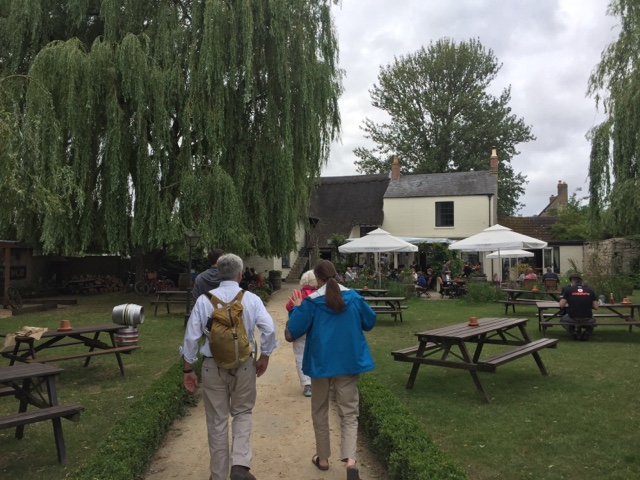 After lunch, Matt led us to a nearby church: 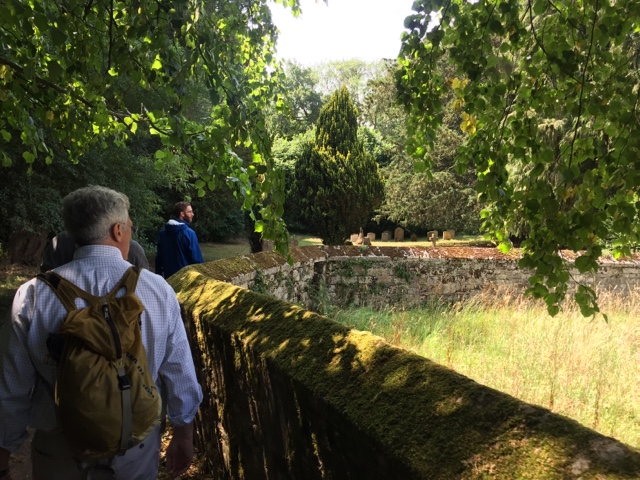 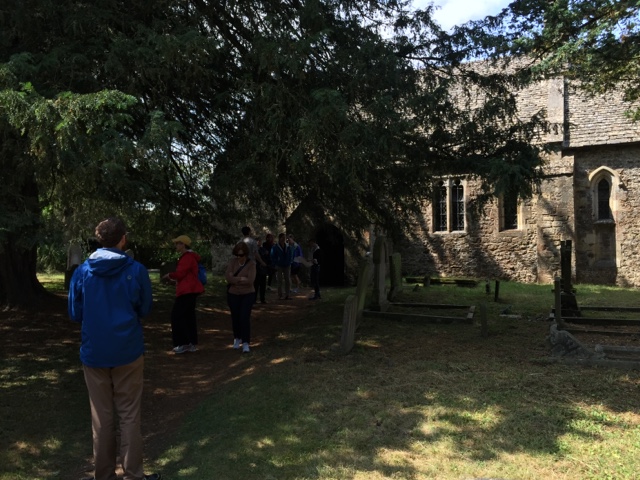 The church is, of course, centuries and centuries old; but we were primarily there to see this: 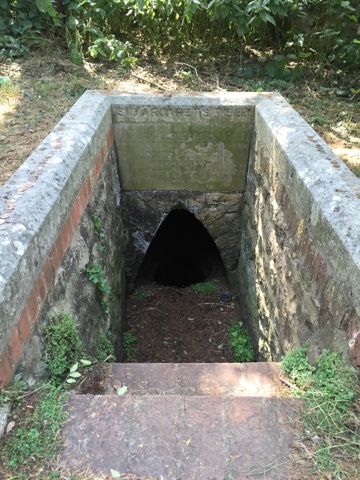 Since we know Carroll and the Liddel family came to this church, it is supposed that this well inspired the fall down the rabbit hole and/or the treacle well in the Alice books.

I found the original story of the well a lot more interesting, though.  Apparently a devoted nun named Margaret was being courted by a king (or a duke, depending on the story).  She did not want to marry him, of course, and when she refused he pursued her.  Distressed, she called on the heavens for help and the man was struck blind, allowing her to escape.  She took pity on him, though, and struck the ground.  Water sprang from the ground, and she bathed his eyes in it, miraculously restoring his sight.