The Breuer is a new part of the Met Museum.  It just opened in March, so it was on my list of Things to See while I am here.

It was smaller than I expected, and from what I can tell doesn't have a permanent collection.  The second floor held an exhibit of photos by Diane Arbus, while the third and fourth floors were dedicated to an exhibit about unfinished art.

That exhibit was actually quite interesting.  It was set up chronologically and included pieces that were disrupted in their process (usually by the death of the artist or the subject) as well as pieces that the artist deliberately left unfinished.

I enjoyed seeing the different methods of painting artists employed - some painting in minute detail one space at a time, others doing general washes and background details first: 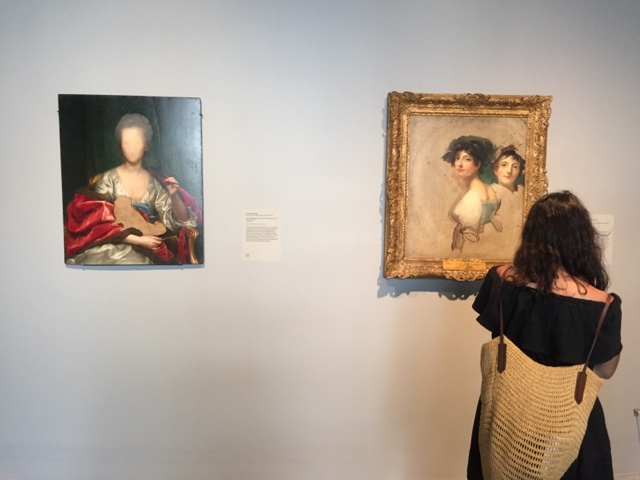 It was also fun to see such familiar artists' styles in progress: 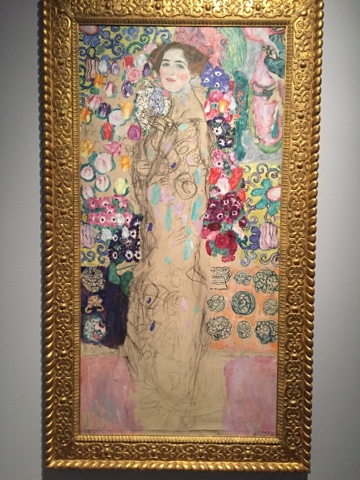 The focus of the Breuer is on modern and contemporary art, and my favorite piece of the "Unfinished" exhibit was "Portrait of Ross in L.A.": 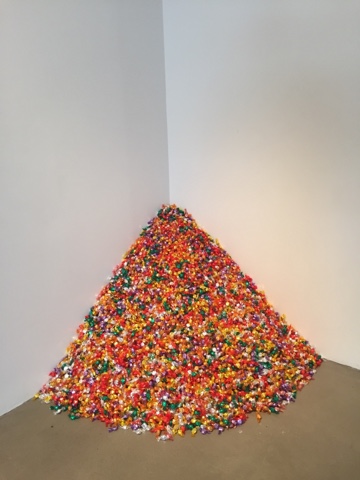 This piece by Felix Gonzalez-Torres is indeed a pile of candy. Here's the description: "Decay and erosion play an integral role in Gonzalez-Torres's unconventional portrait of his partner, Ross Laycock, who died of an AIDS-related illness in 1991.  The work consists of a pile of candy whose combined weight, 175 pounds, corresponded to Laycock's ideal weight.  The otherwise static, enigmatic mound is animated by visitors, who are invited to sample the sweets.  As the candy disappears, the pile loses its integrity as well as its regularity, shrinking in mass and weight.  Its transformationover time reenacts the debilitating effects of Laycock's illness.  Before it vanishes altogether, however, the museum replenishes the supply of candy.  Suspended between disappearance and renewal, the work exists in a liminal state of perpetual process.

In the evening I took the bus to the Gerald W. Lynch theater for my next viewing of the Lincoln Center Festival.

The only thing I knew about this production going in is that it's advertised as "a giant graphic novel come to life!"

And, oddly, that is exactly the right description for it.  The set, most of the props, and even some of the characters are all projected onto the cyc or onto carefully placed flats.  The actors are thus limited to a two-dimensional playing field, since they can't move too far downstage without ruining the illusion, but the staticness just enhanced the graphic-novel feel.

The best way I can think of to describe it is as if "Blue's Clues" was run by the Shockheaded Peter people with an anti-Apple message.

Here's a video with some bits:

It was weird, vaguely creepy, and clever enough that I'm adding 1927 to the list of theater companies to keep an eye on.  In fact, Jason - want to go to Pennsylvania next year to see Opera Philadelphia do their version of The Magic Flute?  Or, even less practically, want to go to Berlin to see this company do a double-billing of Petrushka and L'Enfant et les Sortileges at Komische Opera?
at 4:49 PM