We met at the Schomburg Center for Research in Black Culture up in Harlem today. 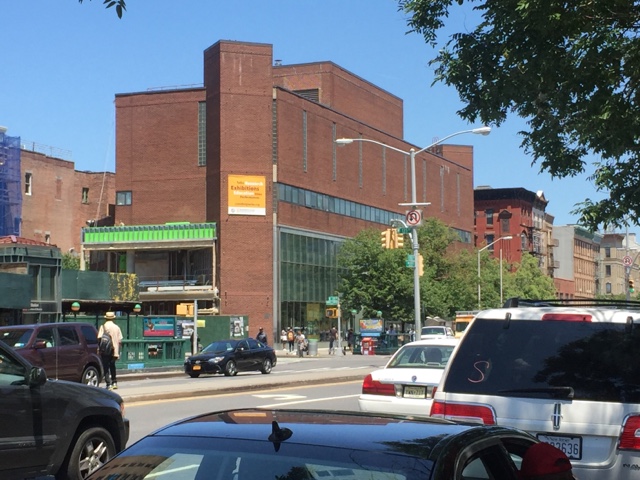 Morning Lecture 1: Dr. Sylviane Diouf
Topic: The Call to Prayer and the Blues
Interesting Things: Dr. Sylviane has been researching the links between those two types of music.  She presented mainly on the history of the slave trade.  In all of the units on slavery I remember from my school years, I can't think of a one that addressed the significant number of slaves who were and who remained Muslim.

Check out this comparison, though.

Here's a bit of a call to prayer, if you aren't familiar:


Morning Lecture 2: Imam Konate
Topic: Umm... Basically whatever he wanted to say.
Interesting Things: Imam Konate spoke to us about his work with African immigrants in Harlem.  Especially striking was his comments on the impact of accents.  For example, he speaks four languages, but has been treated as incompetent because his English is accented.  Here's an article from the New York Times about him, if you like.


Afternoon Lecture: Kewulay Kamara
Topic: In Search of Finah Misa Kule
Interesting Things: We screened Kewulay's documentary, In Seach of Finah Misa Kule, about his return to his village in Sierra Leone to document the storytellers there; then heard a bit from Kewulay about the process, his thoughts, and his hopes.

To me, the most interesting part of his speech was when he addressed the nudity in the film.  The nudity comes in the form of women in the village dancing topless.  It's pretty mild, actually, but he is talking to a group of public school teachers who are all to familiar with issues of censorship in the classroom.  "In my culture," he said, "in many cultures, to take off your clothes is the biggest form of protest."  He explained, "No African man wants to see his mother naked," so when the women have something serious that needs to get done, the women take off their clothes and the men get moving.  He talked about a protest held by a hundred or so women to encourage the leaders in the government to sign a peace accord.  He said that when the women took off their clothes and began dancing, the documents were signed "right away."


Food of the Day: Pulled pork sandwich from a Cambodian spot near the dorms

Photo of the Day:  Langston Hughes did a lot of work with the Schomburg Center.  They have most of his archives, and a "significant part" of his ashes are interred underneath this piece of art based on his poem, The Negro Speaks of Rivers: 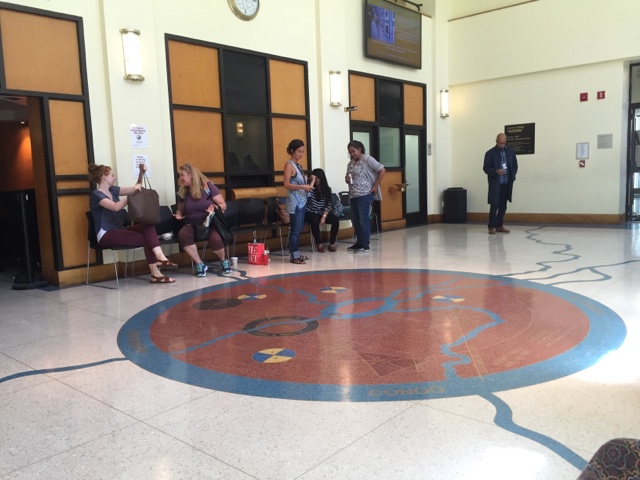