Today's excursion was the part of the institute I've anticipated from the very beginning - a tour of the Islamic Art wing by it's curator, Maryan Ekhtiar, followed by a session with one of the museum's educators-on-staff, Deborah Lutz. 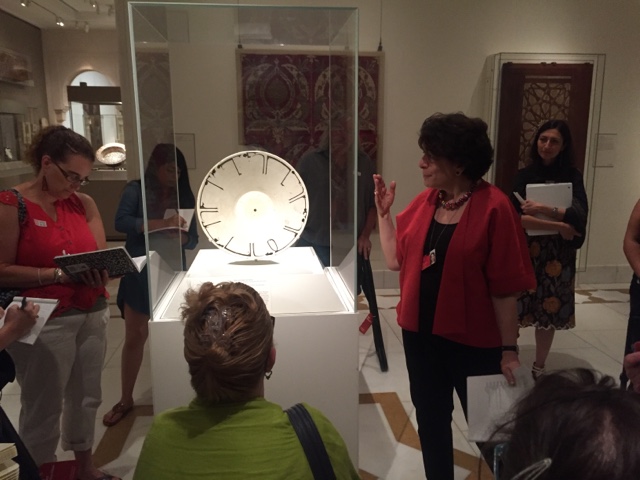 In keeping with the institute's theme, he tour focused on "the art of the word."  I appreciated this in the end because the information focused more on pieces that I tend to pass by for the bigger, flashier objects in that section.  And for the rugs.  You know my weakness for beautiful rugs.

At one point, they gave us a handout with examples of different types of calligraphy.  Our task was to take five minutes or so too browse the collection to see how many of the different fonts we could find in the art around us. 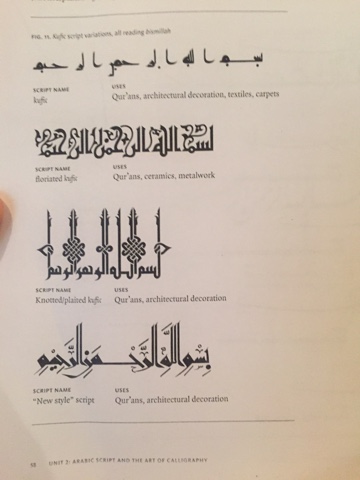 It wasn't too hard to spot them on objects like: 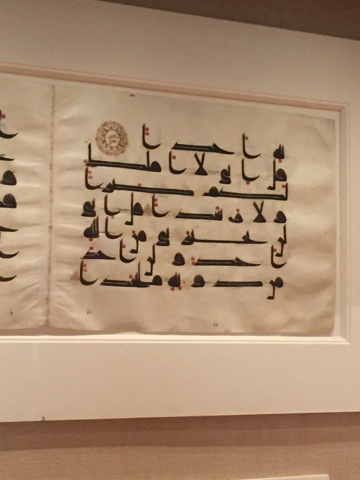 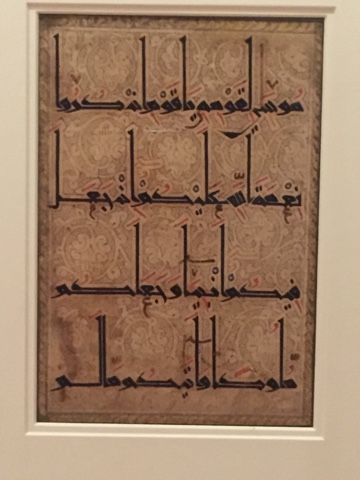 But the fonts on the back were a lot harder to distinguish between: 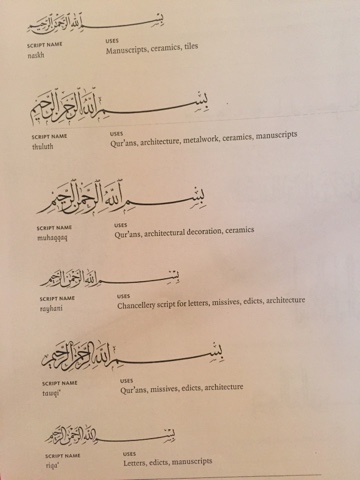 It was a great exercise.  Because I can't read the text, the calligraphy tends to blend in with the other designs of the object - a series of loops and lines rather than letters.  By hunting for particular details, I suddenly noticed the calligraphy on many pieces I've admired before, such as: 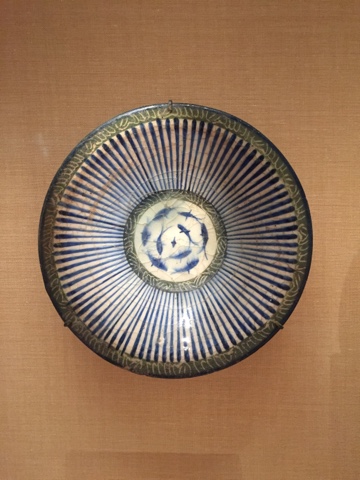 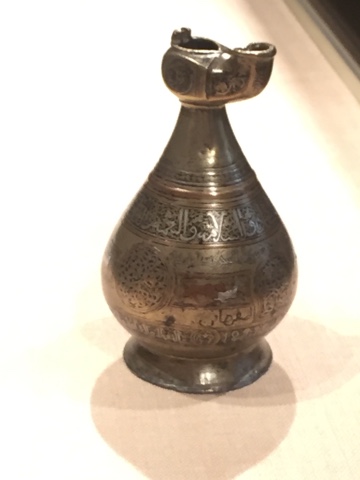 Maryan told us that this bowl had six different calligraphic fonts on it.  I've only found three so far: 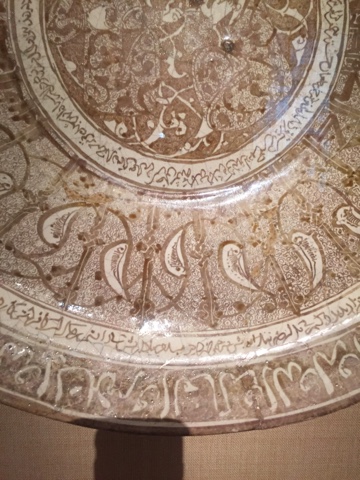 Here's a link to the Met's better image of the bowl, if you want to hunt for the fonts yourself.


I had assumed that the writings on these pieces would all be quotes from the Quran.  Not so!  They often included proverbs like "planning ahead will help to avoid regret" (which is what the white bowl in the first photo with Maryan says) or pieces of poetry.

My favorite inscription is on this 13th century dish from Iran depicting a wedding processional: 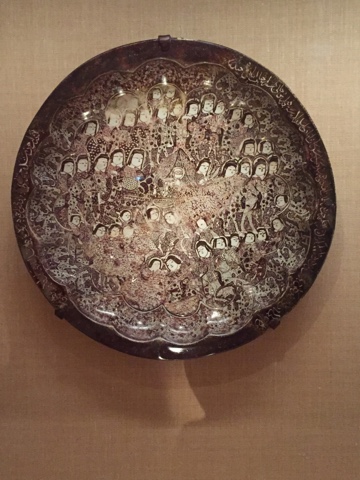 Around the rim it says:

If the reflection of your cheek had fallen into the darkness,
Immediately (a hundred suns) would have been checkmated.
If Alexander had put a kiss on your lip,
He would have been free from the search for the Water of Life.

How great is that?

Maryan explained that most of the inscriptions are very difficult to decipher - that dish took an expert several hours to transcribe and translate.  Moreover, it's only recently (relatively) that attention has been given to the inscriptions.  In the past, if it was too hard to read they would simply catalogue it as "inscribed on the rim," etc.  Now, much more effort is put into detailing what, exactly, each piece says.


Also, because I can't resist, look at the pretty weavings! 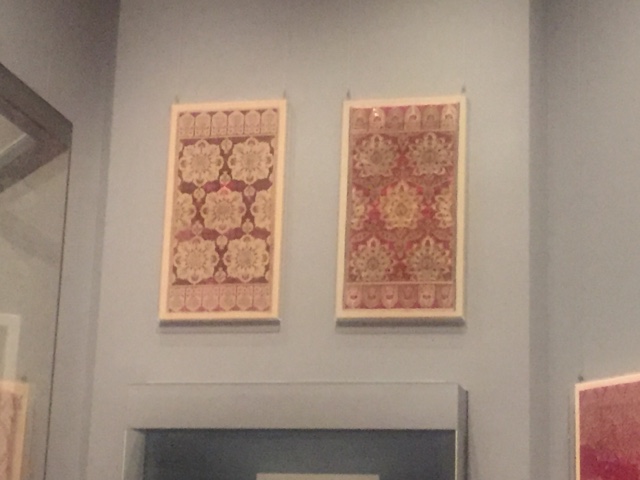 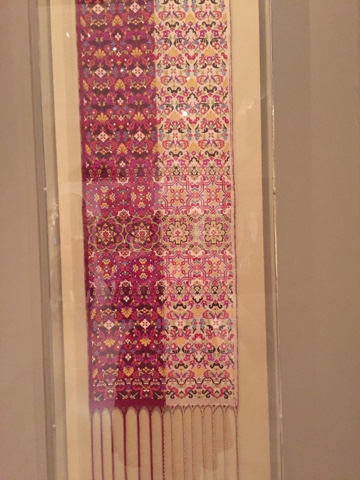 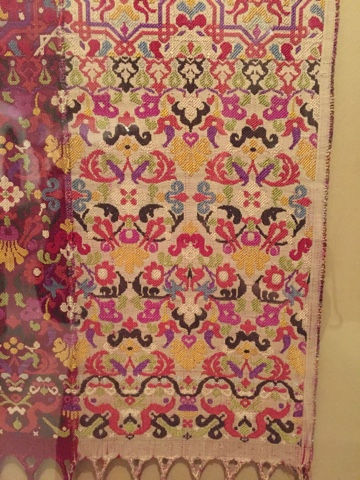 Food of the Day: The Arroz con Pollo dish I had at a Colombian restaurant for lunch.

Photo of the Day:  There are three.