In a move that bodes well for our stomachs if not for our wallets, we went Michelin for our first dinner in Madrid. This was a three-fork restaurant that we first tried at 6:30, but could not figure out how to get past the foreboding and hardly-labeled doors. It turned out to be because the restaurant is open from 9-11.

We hit the museum during a free time, which was nice since we only had time to see Guernica (sigh!) and a few Dali's before going back to the hotel to change for dinner.

After running into Jason and Senan from PI at the Plaza De Angel, we arrived at the restaurant just after 9. The entrance was through the carriage patio and up a staircase that looked suspiciously like someone's private apartment. We were the only customers in the restaurant for the first twenty minutes of our meal, but we were lead through a series of small dining rooms decorated with grand canvases of modern art. The waiters were attentive and only spoke Spanish, and the food was quite good. I enjoyed watermelon soup (made with cream and olive oil), gazpacho, and some kind of filet with spinach and seared mango. Dessert, pain perdu with honey sorbet, was delicious!

Here are the pictures: 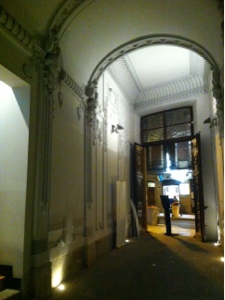 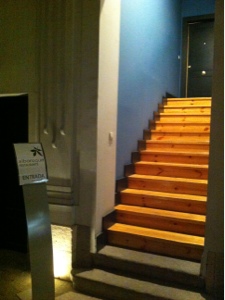 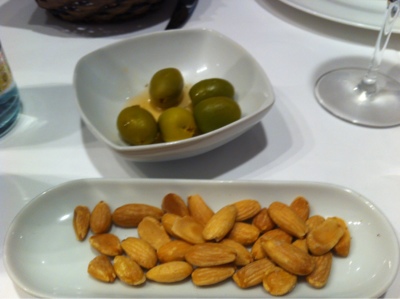 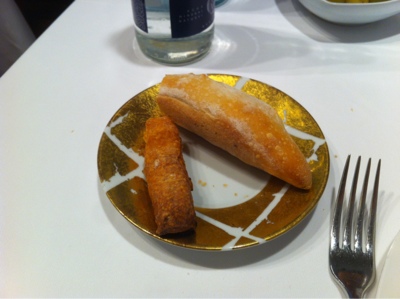 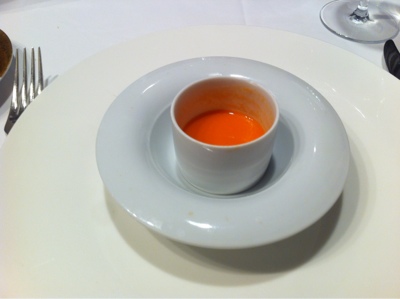 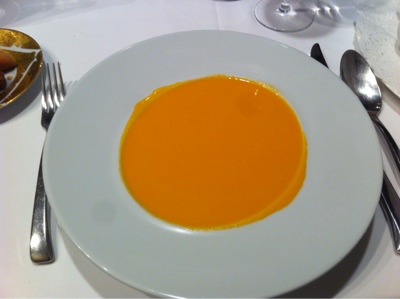 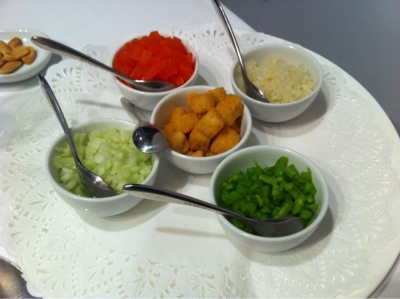 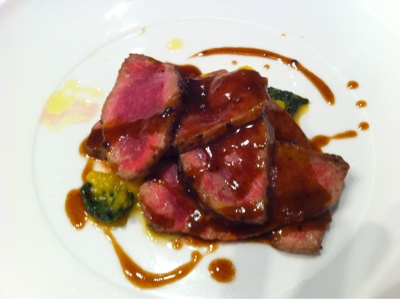 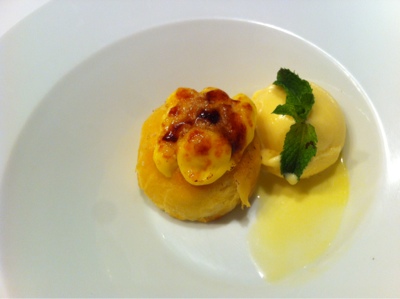 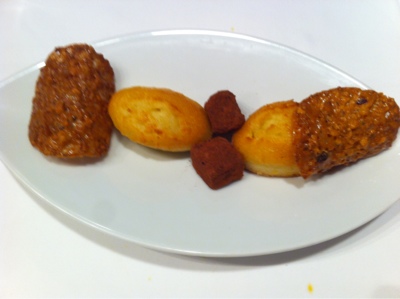