Our agenda for the day consisted of wrapping up our sight-seeing and doing some major shopping in the souks. Sight-seeing came first, both for the sake of checking it off our lists and to take advantage of the cooler (i.e. 98 degrees) part of the day.

We first walked to the southwest part of the medina (stopping by an ATM on the way in anticipation of aforementioned major shopping) to see the Bab Agnaou gate. Jason risked life and limb for the sake of a good photograph by crossing the street while I opted to stay on the side of safety and shade. The worth of the risk may have been diminished when we discovered later in the day that the Bab Agnaou gate was probably around the corner and we had photographed a different, less-famous one. 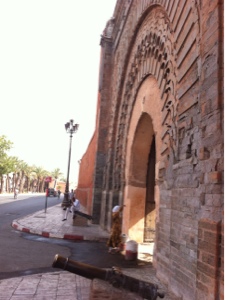 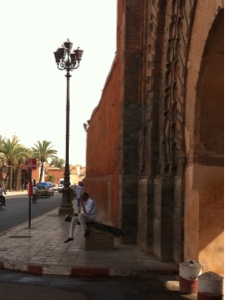 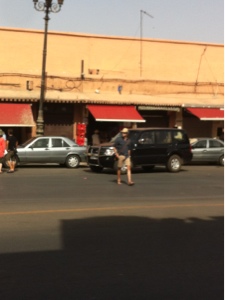 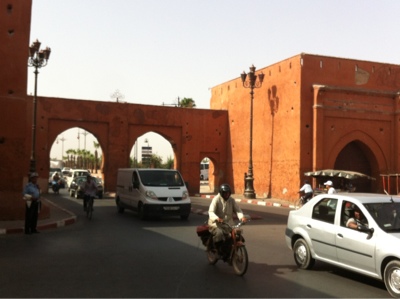 We headed north from there, opting to get to our next destination by going around the souks. I enjoyed seeing the back roads, the less-touristy parts of town, even if several young men stopped Jason in the street to point out the way to the tanneries/mosque/palace/cousin's spice shop. They never seem to believe it when Jason assures them that we know where we are going, that we're just walking. 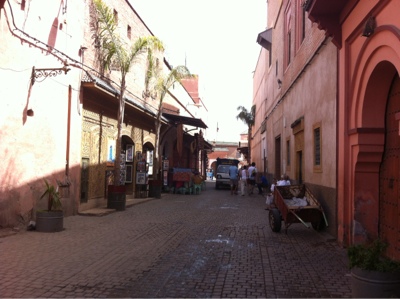 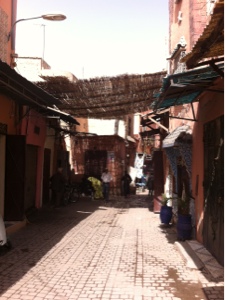 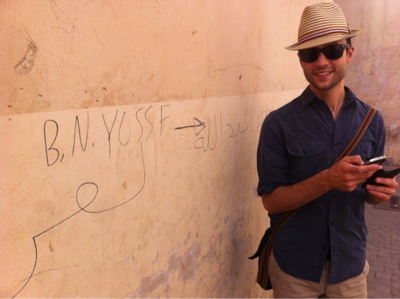 (I'm not being sarcastic there - the medina would be a lot easier to navigate if the graffiti artists were all this helpful) ...we found our destination, the Ben Youssef Madrasa, a 16th century dormitory for students studying the Koran at the mosque across the street. We paid the entrance fee and joined the dozens of tourists in exploring the rooms, 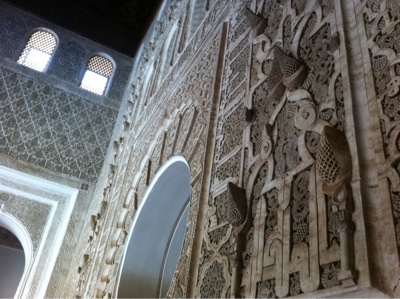 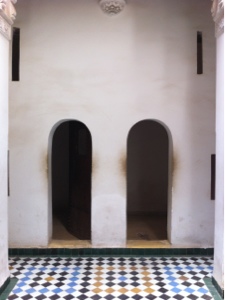 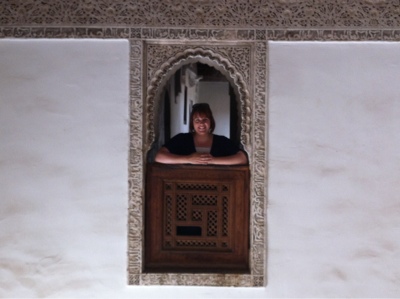 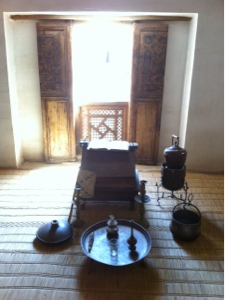 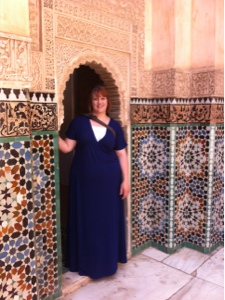 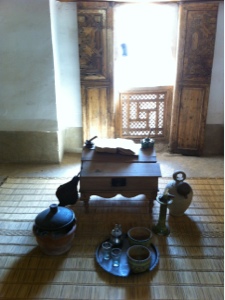 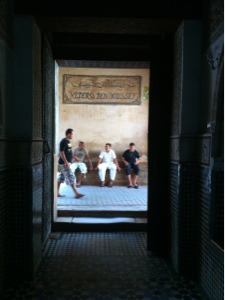 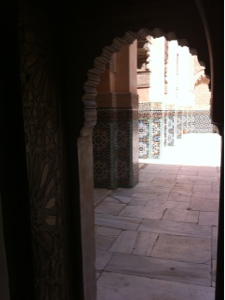 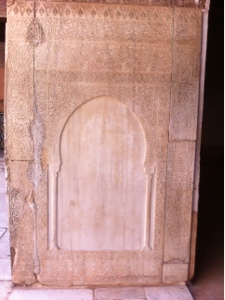 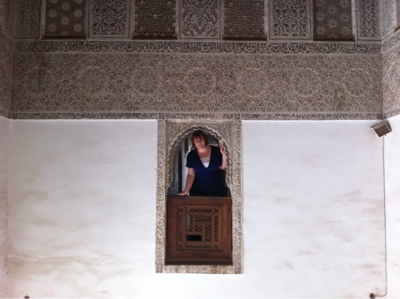 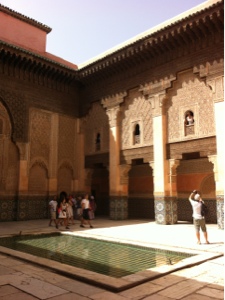 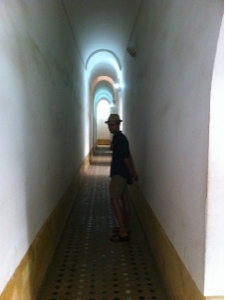 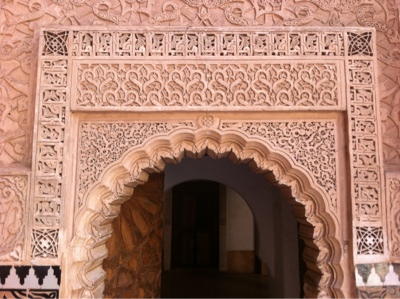 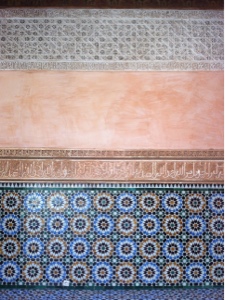 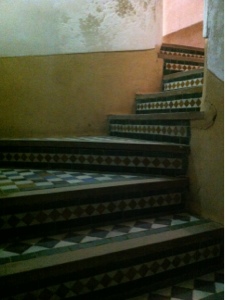