Dinner and a Show - For Reals This Time

After a brief period of refreshment at the riad post-shopping, we headed out to a restaurant at the Djemaa recommended by both Habiba (the subsitute riad hostess) and Rashid (the riad man-on-duty). It was close to 8:00 PM, and we discovered that the virtually empty Djemaa we had encountered on our first afternoon had been transformed into a crazy and crowded marketplace: 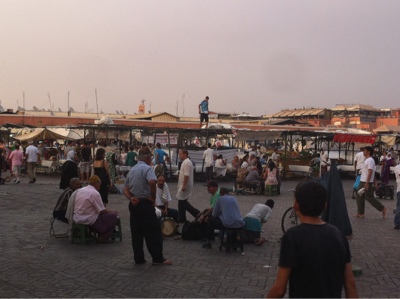 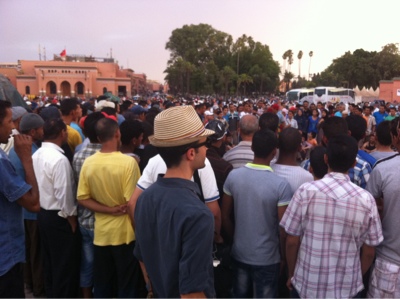 Immediately I was accosted by women who grabbed my hand and came at me with syringes in attempts to give me henna tattoos while Jason had to fend off a man coming at him with a monkey. We circled the plaza with swarms of men coming at us with menus trying to talk us into eating at their food stalls. When we saw that the prices at the recommended restaurant were actually about the same as the temporary food stands, we took a seat at the bar outside that faced the plaza and proceeded to enjoy good Moroccan food with the most entertaining people-watching possible. Jason was shooting video through most of it, so I'll let him give you a taste of the ambiance. 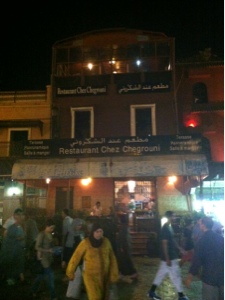 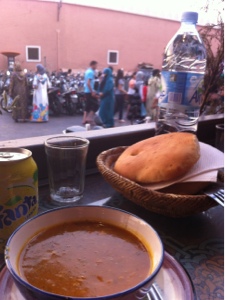 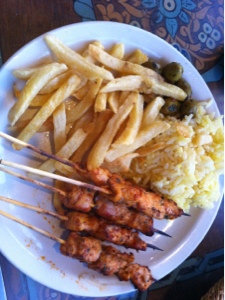 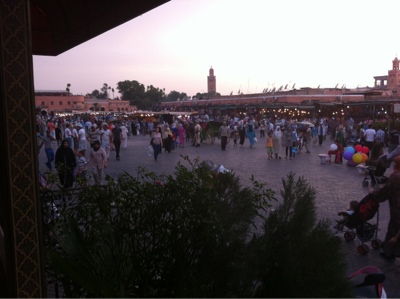 It was everything that our dinner last night should have been.

The sun set and the last call to prayer rang out as we were eating, and we made our way back through the hazy plaza between souvenier lamps, blue LED parachute toys that were launched high into the air and drifted back to the ground, and the call of the vendors and the chatter of the crowds who were nowhere near going to bed. 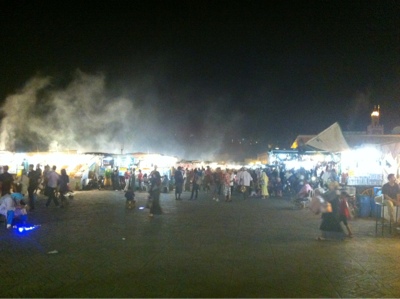 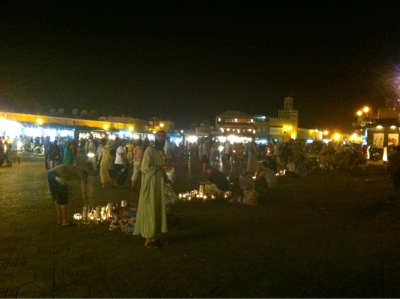